From The Man Behind The Music For The Hit Film Soul…Jon Batiste Unites Soul, Pop, Blues In Joyful New Single “I Need You” Out Today

Ovation TV, the only independent television and digital media company dedicated to the arts, announced today a generous $5,000 contribution to a GoFundMe campaign to save Birdland Jazz Club, a historic New York City music [...]

In a recording career that spans nearly three decades, saxophonist Dave Koz has racked up an astoundingly impressive array of honors and achievements: nine GRAMMY® [...]

Diana Krall releases her new album, This Dream Of You, on Verve Records

This Dream Of You, produced in May 2020 by Ms. Krall, was mixed by Al Schmitt, who worked closely with the artist to achieve notable intimacy and immediacy with her voice [...]

Matt Wilson Hug! Need a little musical snuggle time? The irrepressible drummer/composer Matt Wilson brings us a virtual Hug with the release of his album of the same name on August 28, 2020 via Palmetto [...]

Gino Santana Hallal Jah  Gino Santana is a Brazilian bass player born in Rio de Janeiro, the musician has collaborations with several artists, among them are recording on EP [...]

LISA HILTON – More Than Another Day

Ragan Whiteside Five Up Top For the second consecutive year, soul-jazz flutist Ragan Whiteside is Billboard’s top female smooth jazz songs artist of the year. In the male-dominated genre in which only [...]

CHICO PINHEIRO  Nominated for Best Latin Jazz Recording One of the leading figures in Brazilian Music today, Grammy nominated guitarist Chico Pinheiro is not only an exceptional instrumentalist with [...]

MicroCorgi MicroCosmos Second Heading  The New York based trio MicroCorgi released their debut album  MicroCosmos on November 20th. These three musicians who combine their powers to create MicroCorgi are pianist [...]

JazzAscona 2021 scheduled from June 24, to July 3!   After last year's unavoidable postponement, JazzAscona will be back this summer and fill the pearl of Lake Maggiore with good sounds between June 24 and July 3. For the editions [...] 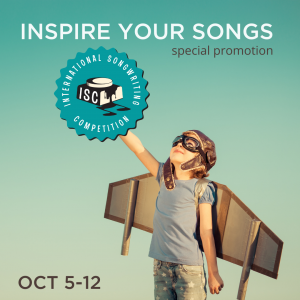