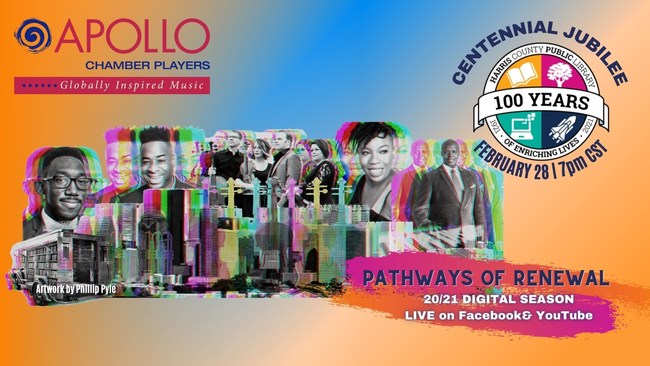 Sphinx Medal of Excellence recipient Damien Sneed is a multi-genre recording artist, composer and instrumentalist. He has worked with jazz, classical, pop, and R&B legends, including the late Aretha Franklin, Wynton Marsalis and Stevie Wonder. Sneed is currently on faculty of the Manhattan School of Music.

Houston-born Paul Cornish is currently studying Jazz Music Performance at the University of Southern California. As a composer he won a gold medal in the 2013 NAACP Competition.

Harris County Public Library originated in 1921 with the idea of bringing library services to the rural communities and schools of Harris County. It began with a dedicated volunteer staff and a budget of $6,500. 100 years later, HCPL has grown to include 26 branch libraries with a collection of over 2 million items.

Now in its fourteenth season, Houston-based Apollo Chamber Players has become one of the most innovative performing arts ensembles in the country. Recent winner of Chamber Music America's prestigious Residency Partnership award, Apollo has performed for sold-out audiences at Carnegie Hall, and it holds the distinction of being the first American ensemble to record and perform in Cuba in over 50 years.