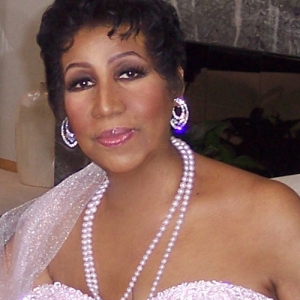 Perhaps you have heard the expression “The King is dead. Long live the King.”  In many countries, when a new monarch or president comes into rank or power, you often hear these words proclaimed. Well, on Thursday, August 16th, we all proclaim “The Queen (of Soul) is dead. Long live the Queen!” Unfortunately, there is no new “Queen of Soul” to take her place!

Yes, Aretha Franklin has died at her home in Detroit on Thursday, August 16th. Does that date ring a bell? It should… for ironically that is the same date that the Rock and Roll music world had lost its King—Elvis Presley!  Is it just a coincidence that music’s king and queen have died on the same date?

Her signature song “Respect”symbolizes who Miss Franklin was in life. Otis Redding wrote and released this song two years before Aretha’s version came out. There is a striking difference between the two recordings. Redding’s original rendition is an appeal from an emotionally needy man to his woman to please give him some respect. Aretha, however demands respect from her man! Franklin’s version is a song sung by a strong feminist about the advocacy of the liberation of women who deserve “R-E-S-P-E-C-T.”

Her other hit songs, Baby I Love You, (You Make Me Feel Like) A Natural Woman, Chain of Fools, and so many others, helped earn her the epithet “Queen of Soul.” Aretha Louise Franklin was born in Memphis Tennessee. Her mother was a skilled pianist and singer, and her father, C. L. Franklin, was a preacher. The Franklins moved from Memphis to Buffalo--- then ultimately to Detroit. Aretha taught herself to play piano, and soon began singing solos at New Bethel Baptist Church where her dad was Pastor. Even though Aretha was a Detroit- based artist, she was not a “Motown” artist as one might think. In late 1966, she signed with Columbia records, then six years later, with the company that really put her career into gear—Atlantic Records. Atlantic released Respect which catapulted to number one on the R&B and Pop charts. Her anthem of feminism and civil rights (Respect) earned the artist two Grammys for best R&B record and for best R&B performance by a female. Franklin later signed with Arista Records and had mega hits with Freeway of Love and Who’s Zoomin’ Who?  Aretha never learned to sight-read music, but always had hopes of learning to do that on the piano by studying classical music at perhaps Julliard. This never actually happened for the naturally gifted artist.  No music college could have ever taught her what was inside of her-- “Soul.”

Her father, Reverend Franklin, who also managed her early career, often told her from the time that she was a little girl that one day she “would sing for kings and queens.”  His premonition came to be. She DID sing for kings and queens, and she also sang for presidents at the White House. In 2005, President George W. Bush presented Franklin with the Presidential Medal of Freedom. This award recognizes and honors people who have made “an especially meritorious contribution to the security or national interests of the United States, world peace, cultural, or other significant public or private endeavors.” This award bestowed by the President to Ms. Franklin, is the highest civilian award of the United States. In 2009, she sang “My Country ‘Tis of Thee” at the inauguration of President Obama. Her shimmering performance touched everybody that day. Now… even in death… Aretha Franklin continues to touch people in a profound way with her music.

Aretha Louise Franklin passed away at the age of 76 from advanced pancreatic cancer at her home in Detroit. And so we say “The Queen (of Soul) is dead. Long live the Queen… through her character, grace, class, and unforgettable musical legacy.”