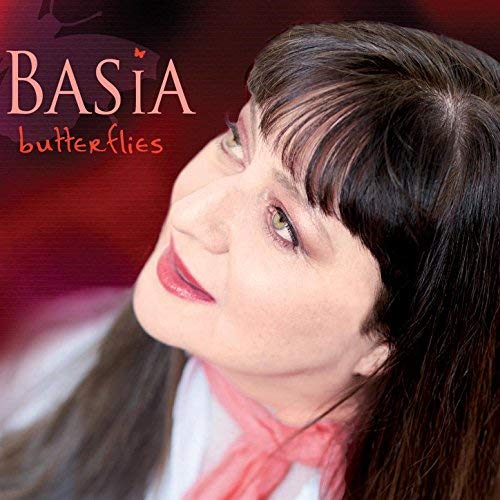 Multi-platinum world jazz pop vocalist Basia has reappeared on the scene with her first studio record Butterflies (May 18 via Shanachie Entertainment) after a nine-year hiatus. The vocalist is set to embark on an extensive U.S. tour, returning to the states for the first time since 2010. Having much experience touring the world, the singer shares positive memories of her time in the states reflecting, “Touring the U.S. is very special to me. I’m always touched by the fans’ loyalty, especially after such long breaks. I love the emotional side to our American fans, very different to other places.”

Being compared to the unique genre-blending artists such as Sade and Michael Franks, Basia has cultivated a devoted following over the years due to her inviting persona and distinctive style. The singer often lets several years go by between each album release, explaining “everything I do has to be honest, true to life and has to come from real feelings, which I cannot fake when writing a song. Creating each song takes time – lyrically and musically; getting the right emotion across is very important to me.” Now, nine years in the making, "Butterflies" is only the fifth solo album released in Basia’s 34-year solo career and truly marks a major event for her passionate and dedicated fan base.

"Butterflies" spans the spectrum of breezy Brazilian excursions to passionate pop balladry to up-tempo jazz and in some ways, is Basia’s most jazz-oriented record to date. The album was co-produced and co-written by the singer and her long-time musical partner Danny White (brother of jazz guitarist Peter White). The duo first met back in 1981, eventually joining together to form jazz-pop group Matt Bianco with White’s then collaborator Mark Reilly. White is showcased on piano throughout the album, while Reilly makes an appearance reuniting with his fellow Matt Bianco members providing vocals on a single track. Butterflies also includes a seasoned ensemble featuring guitarist Peter White and Giorgio Serci, drummer Marc Parnell, bassist Andres Lafone, saxophonist Paul Booth and trumpeter Kevin Robinson.

“Butterflies" is about love – for life, for music and for people. This album is full of passion and courage but also pure fun; purists will struggle to categorize it because we happily mix jazz, Latin, soul and pop,” shares Basia. “Our songs were created with a lot of freedom and for the simple pleasure of writing and recording them; Danny and I finally grew up and our experiences in music and in life make this album hopefully richer and more honest.”

About Basia: Basia was born Basia Trzetrzelewska in Poland, where she began her musical career as part of the popular female vocal group Alibabki and then the rock band Perfect. Relocating to London in 1981, Basia met Danny White and Mark Reilly and eventually formed a jazz-pop group called Matt Bianco (originally known as Bronze). They went on to release their debut album, Whose Side Are You On, in 1984 and the album became a huge European hit, selling 1.5 million units. In 1985, Basia and White left Matt Bianco in order to launch her solo career, with her debut solo album, Time And Tide, selling more than two million copies worldwide in 1987; the “Time and Tide” single from the album hit the top 30 of the Billboard Hot 100, with further hits “Prime Time TV” and “New Day For You” following. Her second album, London Warsaw New York, sold equally well, yielding another top 30 hit with “Cruising For a Bruising” and “Baby You’re Mine.” Both albums hit #1 on the Billboard Contemporary Jazz chart.

Basia became hugely popular in Europe and Asia, so to no surprise her third album, The Sweetest Illusion, sold more than one million copies worldwide in 1994, going gold in the U.S. and hitting #1 on the Billboard Dance Chart with the single “Drunk On Love.” In 2004, Basia reunited with her Matt Bianco members, resulting in the critically-acclaimed Matt’s Mood album. Basia’s fourth solo album, It’s That Girl Again, followed which hit the Top 10 of the Billboard Contemporary Jazz chart in 2009. Her only other release since then was a second live album, From Newport To London: Greatest Hits Live, in 2011.

** additional dates to be announced