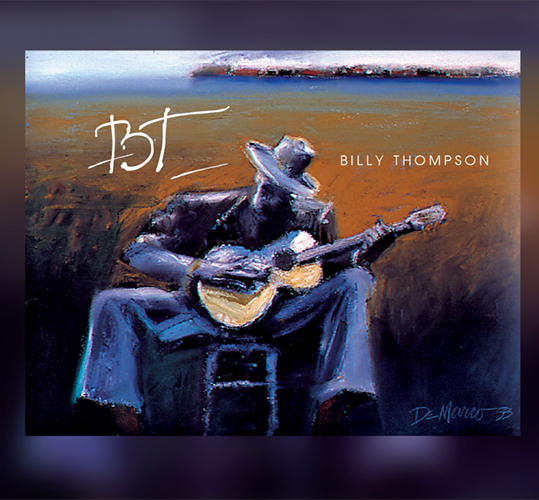 The title, simply stated, BT, brings all of Billy Thompson’s musical influences to bear, with
this latest offering of original material.

Once again, it’s not just another day at the office!

This cd was recorded in 7 different studio settings, starting with Johnny Lee Schell at Ultratone in Studio City, Ca; Rob’s CowArt Studio in Virginia Beach, VA; Danny Campbell’s Hut, as well as his garage (recorded by Keith Gretlein of Jim Henson Studios) and two tracks were recorded at home, at the Mill on the Sleepy Creek.

With partner and co-writer, Kirsten Trump, here is another round of soon-to-be musical favorites. And, as usual, Billy Thompson is raw and unapologetic, bringing it all to the table for his dedicated musical following. “Yeah, you right! BT has something to say, so c’mon and have a listen!”