Joanna Connor is s a mother, a lover, a singer, a guitarist, a songwriter, an actress, and a badass blueswoman who can’t be subdued. In the words of the songstress herself, she loves how she wants, thinks and feels how she wants, and she also plays her guitar with a certain kind of grace and grit that gets blues lovers across the world EXCITED, including modern blues royalty Joe Bonamassa.

After catching the attention of Bonamassa online, just prior to the pandemic Joanna and the guitar slinger teamed up to work on her recently released new album, 4801 South Indiana Avenue.

Joanna took some time out to chat with American Blues Scene about the inner makings of her “kickass blues record,” her quiet tears of joy working with Reese Wynans, the “spine-tingling” excitement of playing with Jimmy Page, why young women in the blues should tap into their “yang energies,” and more.

You released your latest record on the 26th, congrats! Talk me through the recording process of the album? I hear there were some different techniques employed this time around?

Joe Bonamassa is a highly attuned man. He came up with concepts of sound and musical arrangements, with Josh Smith’s input and JJ Blair, the engineer, that honored the blues but at the same time injected the present moment. We used different ways to mic things, and contrary to many modern recordings, we wanted things to kind of bleed through and not be sterile or compartmentalized.

What was it like to work with Joe and how did you two become connected?

We became connected through social media. But Joe said he was aware of me for years. Working with him was absolutely inspiring and comfortable at the same time. Vibes either make me insecure or nervous or at ease. He definitely was in the way ease category.

What was Joe’s greatest piece of advice to you during the recording of the album?

His greatest advice was to have my vocals come across as rough as my guitar playing. I particularly enjoyed Reese Wynans input on the record. What was it like working with him? Had the two of you worked together previously?

Did you and SRV & Double Trouble ever cross paths in the 80s?

I did not cross paths with SRV and Double Trouble, unfortunately. I was a huge fan and felt a kinship somehow to Stevie. It was an honor to play with Reese. It actually brought me to quiet tears in the studio. He’s a sweet and laid-back gentleman, but a serious menace on the keys. The album would not be the same without his brilliant playing.

What are the themes on the album? What inspired your songwriting for the record? Did the state of the world the last year inspire any of the tracks and or change the way you all went about recording the album?

We only used one original of Josh Smith’s, and the rest were handpicked by Joe and Josh and approved by me. This was early February before the world came crashing down with the pandemic. Other than the horror of our political situation, life was fairly uneventful. We just wanted to make a kick ass blues record.

What song speaks to you the most on the LP? Why?

They all do. Each one has a flavor, a feeling, a shade of blue, an impact.

You exploded onto the Chicago blues scene in the 80s, and you have played with just about every astounding blues artist from the states, and even Mr Jimmy Page! Please tell me about The Jimmy & Joanna performance.

I was in the house band with Dion Payton and the 43rd St. Blues Band at the Kingston Mines. It was a Thursday night. We always had a jam set at the end because the club was open to 4 am. Dion told me to go play with some English guy… haha! It was Jimmy Page. An hour of pure bliss and spine tingling excitement! He was and is one of my biggest influences and a guitar hero.

As a successful woman in blues can you tell us about your journey with the music?  At what point did you say, Fuck it, I’m going to show the boys on the scene I can match ’em”? What were some of the biggest challenges at the time? 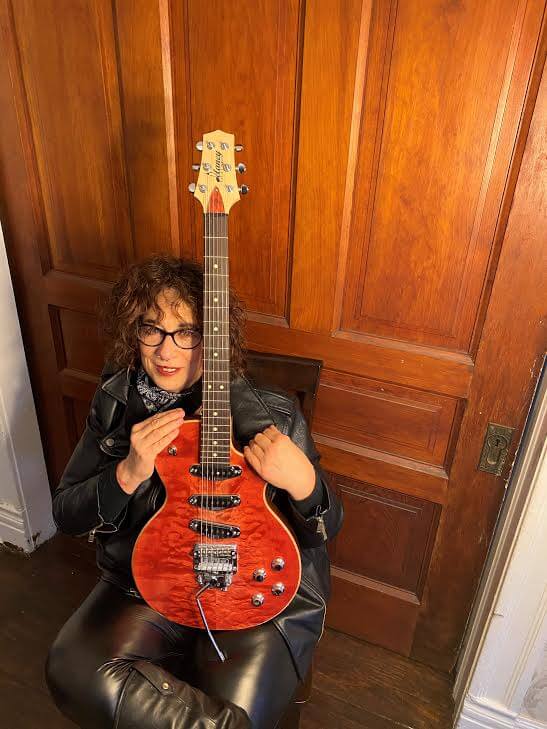 It was always a challenge. But I never let anyone stop me from playing and doing it the way I envisioned. I decided at age 11 that boys had all the real fun and I was going to have mine, no matter what anyone said. I loved how I wanted, thought and felt how I wanted. Played music like I wanted. I knew I had to hang with the men if I wanted to be great. I hired musicians as good or hopefully better than myself. I was and am always a student.

Do you have any advice for women starting out on the blues scene?

Be tough. Be true to you. Figure out who you are. Play for the love. Don’t play for adulation. Reach into the yang energies inside yourself.

What have been some of your career highlights?

Playing with Buddy Guy, playing on a fest with Ringo Starr, Robben Ford, Etta James,being acknowledged by  BB King,  touring with Luther Allison and recording with him, doing this album with Joe of course, playing with Jimmy Page, opening for ZZ Top, being acknowledged in the press by Leland Sklar, Nikki Sixx, Tracii Gunns, Vernon Reid, Bootsy Collins, being in a movie with Ben Affleck, on TV, recording with my son J. Mixx, hip hop producer, and playing with my current band of dangerously great musicians.