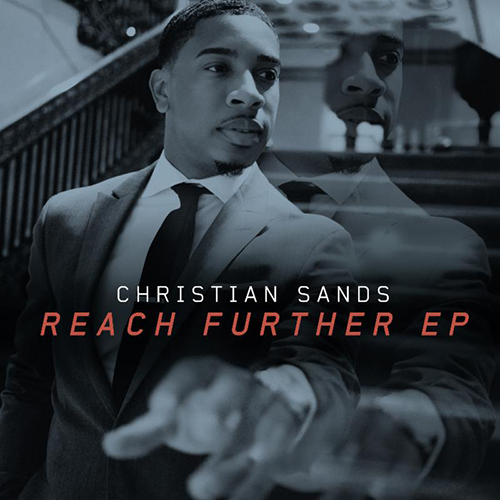 After a dynamic 2017, filled with international touring and the release of his critically acclaimed Mack Avenue Records debut album REACH, singularly talented pianist, GRAMMY® Award-nominee, and Steinway artist Christian Sands is expanding on his story with REACH FURTHER EP. This outing features live performances of three tracks from his latest album, recorded on March 7, 2018 at the popular Los Angeles jazz club Blue Whale, as well as two unreleased tracks from the original studio recording sessions. This digital-only release will be available on May 18, 2018 via Mack Avenue Records.

REACH FURTHER EP serves as a natural platform to showcase Sands’ captivating live performances, as well as a glimpse into what is to come from the ever-evolving and multifaceted artist. “People react to different things musically in a live setting, and that influenced how we play these songs. But for us, mainly there are more chord changes now,” laughs Sands. “We’ve added different pulses and more grooves after playing in Europe and the United States.”

Sands used what little free time he had between touring and recording to lend a hand to the Erroll Garner Jazz Project, (officially becoming the Creative Ambassador for Octave Music) producing the upcoming never-before-heard live album Erroll Garner: Nightconcert. The album is a continuation of the work Sands has done with his mentor, the late and deeply lamented Geri Allen, to ensure Garner’s legacy is never forgotten.

“Geri was one of my teachers. I was studying with her during the same time I was studying with Dr. Billy Taylor. To watch her vision was incredible. When she introduced me to the Erroll Garner Jazz Project, I discovered the deeper idea of Erroll: his time, his phrases,” recalls Sands. “Being the Creative Ambassador to the Erroll Garner Jazz Project is a true honor and to be able to produce this record is something extremely heavy, yet humbling.”

Christian Sands continues to expand into previously unexplored areas of his artistry, continuing to push the boundaries of the “jazz-norm.” Furthering that sentiment and looking to the future, Mack Avenue Records plans to release Sands’ next album this coming fall. Incorporating elements of acoustic piano, Fender Rhodes, and Hammond B3, the upcoming album displays his ability to look at the instrument as a tool of orchestration.

Those talents will be further applied with his upcoming Music Director position for the 2018 Monterey Jazz Festival On Tour band this year with Cécile McLorin Salvant, Bria Skonberg, Melissa Aldana, Yasushi Nakamura, and Jamison Ross. With so many elements and projects coming from his young inspired mind, the REACH FURTHER EP solidifies that this is Christian Sands’ world and we are just blessed to be a part of it.