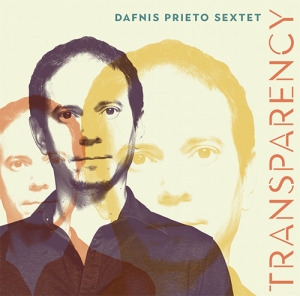 As the follow-up to his 2018 GRAMMY-winning big band album, Back to the Sunset, which DownBeat called "one of the best recordings of the year," Cuban-born drummer, composer, educator, and 2011 MacArthur “Genius” Fellow Dafnis Prieto returns with his newest album, Transparency, from his Dafnis Prieto Sextet, out on Friday, October 2, 2020 on Prieto's independent music label, Dafnison Music. Prieto's fearless Sextet features a top-shelf lineup, including Román Filiú (Alto & Soprano Sax), Alex Norris (Trumpet), Peter Apfelbaum (Tenor Sax, Melodica & Percussion), Alex Brown (Piano), and Johannes Weidenmueller (Acoustic & Electric Bass).Transparency is the third release by the Dafnis Prieto Sextet, following 2008's Taking the Soul for a Walk and 2015's Triangles and Circles. The album includes nine tracks, with all new compositions by Prieto and an arrangement of Dizzy Gillespie's classic, "Con Alma." The music embraces transparency in all its forms in music and life, celebrating moments fleeting and fragile, simple and beautiful.Prieto offers this guiding declaration for the project:

Transparency / A see-through repertoire.
Transparent ideas, communication, and relationships.
The clarity of intentions. A single glance. The simplicity of beauty.
The transparent connection to life and everything in it.
The depth, the surface, the fragility of existence.
A sincere breath of fresh air, a transparent statement.

The album, produced by GRAMMY and Latin GRAMMY-winning producer Eric Oberstein (Prieto's collaborator on Back to the Sunset), and engineered by GRAMMY winner Mike Marciano, was recorded in New York City in early March 2020 just prior to the COVID-19 shutdown, following a four-night run at the world-famous Jazz Standard.

Oberstein writes, “This album lays bare Dafnis Prieto’s vision and voice as a major composer, arranger, and drummer — vibrant, melodic, multi-hued, and always with intention and joy. It has been an honor continuing our collaboration, working with this masterful band on this powerful project, which is transparent in every sense of the word.”

Since arriving in the U.S. from Cuba in 1999, Prieto has honed his forward-looking musical vision across a range of styles and formats. In the process, he has become equally known for his composing and arranging talents and his electrifying drumming, comfortable exploring a wide spectrum of musical vocabular­ies.

Transparency is Prieto’s eighth album as a leader, and his latest release on his Dafnison Music label, which he founded in 2008. Dafnison Music serves as an entrepreneurial platform for Prieto to release his musical projects, as well as his books on drumming and rhythm.

A gifted educator, currently serving on the faculty at the Frost School of Music at the University of Miami, Prieto recently released his second book, Rhythmic Synchronicity, written for non-drummers and inspired by a course of the same name that he developed at Frost. In 2016 Prieto published the groundbreaking analytical and instructional drum book, A World of Rhythmic Possibilities, which captures Prieto’s very personal approach to rhythm and life.