Guitarist/singer/songwriter Damon Fowler is a product of Florida’s Gulf Coast. Over the years he has absorbed the music surrounding him, using its influence to create an original sound all his own. Combining blues, soul, country, roots rock, and sacred steel, Fowler has set his own bar as both a solo artist and highly sought after sideman. Friday, March 26th, will witness the release of his 8th solo album, Alafia Moon, via Landslide Records.

“As a kid I grew up on the West Coast of Florida,” Fowler begins. “Alafia is a river where I used to go fishing a lot. Sometimes I’d lose myself there, you know. That’s where the idea came from.”

Alafia is a Native Tocobaga word meaning “River of Fire,” so named due to its strong red/brown color caused by tiny algae spores in the water. With a watershed of 335 square miles containing 10 lakes, and 29 named rivers, streams and canals, it is one of the most beautifully natural spots in the state.

The cover art of Alafia Moon was the first thing to grab my attention, before I could even open the case to push play. A masterpiece in its own right, the cover was done by legendary visual artist Flournoy Holmes who created such iconic album covers as Kansas’ Masque, Allman Brothers Band’s Eat a Peach, Charlie Daniels Band’s Fire on the Mountain, Dr. John’s In the Right Place, and dozens more.

“Man I am honored to be working with Flournoy Holmes,” Fowler declared. “Flournoy is amazing and I’m really honored to have him do my album cover.”

Damon Fowler first flew into our radar with his 2009 release, Sugar Shack.

“Yeah man, that is one of my favorite records,” Damon says. “I had so much fun recording that record. I’ve been really lucky man. I’ve enjoyed working with Tab [Benoit], he’s a good friend of mine. I enjoyed working with Blind Pig Records. In my time in between I toured with Butch Trucks’ Freight Train Band. After Butch passed is when I got the gig with Dickey Betts. That just kind of came out of nowhere. Right after that I released Whiskey Bayou. We played around the Southeast a bunch with it, meanwhile doing Southern Hospitality shows.

“About two years ago now I started working on the idea for Alafia Moon. Landslide Records came to the table and they’ve been fantastic. This is a record that I feel has been the closest to me. There’s been no edits, no nothing. Landslide didn’t change a thing. They just let me put it out, and I love that.”

Not having one’s creativity edited or circumvented by a label is important to an artist, particularly one who wrote the bulk of the music.

“I wrote most of it,” Damon confesses. “Jim Suhler, guitarist for George Thorogood, is a good friend of mine and a fantastic guitar player. We ended up writing “Hip to Your Trip,” together and that’s on the record. I also recorded a song by Guy Clark, “The Guitar.” But the rest of it, I wrote all of that.

“Even with the artwork for the record. I had an idea for the artwork and we were trying to get some art from Florida, but couldn’t get it in a timely fashion. That’s when Landslide stepped in saying, ‘We can probably get Flournoy Holmes to do it.’ Well, hell man, why didn’t you tell me that in the first place? (laughs). They’ve just been terrific throughout the whole process.”

An acknowledged guitar master, Damon has been praised by peers, critics and fans alike. His guitar work has been compared to Johnny Winter and Jeff Beck, while his slide playing draws comparisons to Duane Allman. Rarely does that level of talent develop overnight.

“I play lap steel as well as guitar,” Fowler says. “I own a pedal steel, but can’t really play it. (laughs). I grew up at my grandparents’ house in Tampa and they had a septic tank business that all my uncles worked for. They also all played a little acoustic guitar. My grandparents had a pool, so they built a deck and a little stage out there. On Sundays we’d get together and cook out, go swimming, and then play guitars.

“As a little kid I just thought that’s how it was. Some people watch football on Sundays, my family played music on Sundays. At 10 years old, my grandma bought me a guitar. My uncle Bobby was actually in a country band, so he showed me all the cowboy chords. His son Aaron is a great drummer and he and I started jamming. Well, my cousin and I started sitting in with my uncle’s country band, so that’s how I got started playing music.

“Uncle Bobby turned me on to a bunch of cool records too. Now, in that era in Florida, the country bands would play everything from George Jones and Merle Haggard to Elvis Presley and Lynyrd Skynyrd. So there was that. But one of the records he turned me on to was a Johnny Winter record Nothin’ But the Blues and another one was the Allman Brothers At Fillmore East. At these redneck bars in Florida, the folks all liked guys like Duane Allman and Dickey Betts. They were just held to a higher level.

“I think I was about 13 when I started writing my own songs. I was maybe 18 or 20 before I started playing them in front of people. I think I’ve just been very lucky. I met Rick Derringer when I was about 16. I was a good guitar player for a kid, and Rick was nice to me. He helped steer me away from bad directions. When I was graduating high school, I was going to make a CD to sell at local gigs, and Rick ended up producing that for me. So from that point I just started playing 4 to 5 nights a week in this area, and then about the age 24 I started going on the road a lot more.” 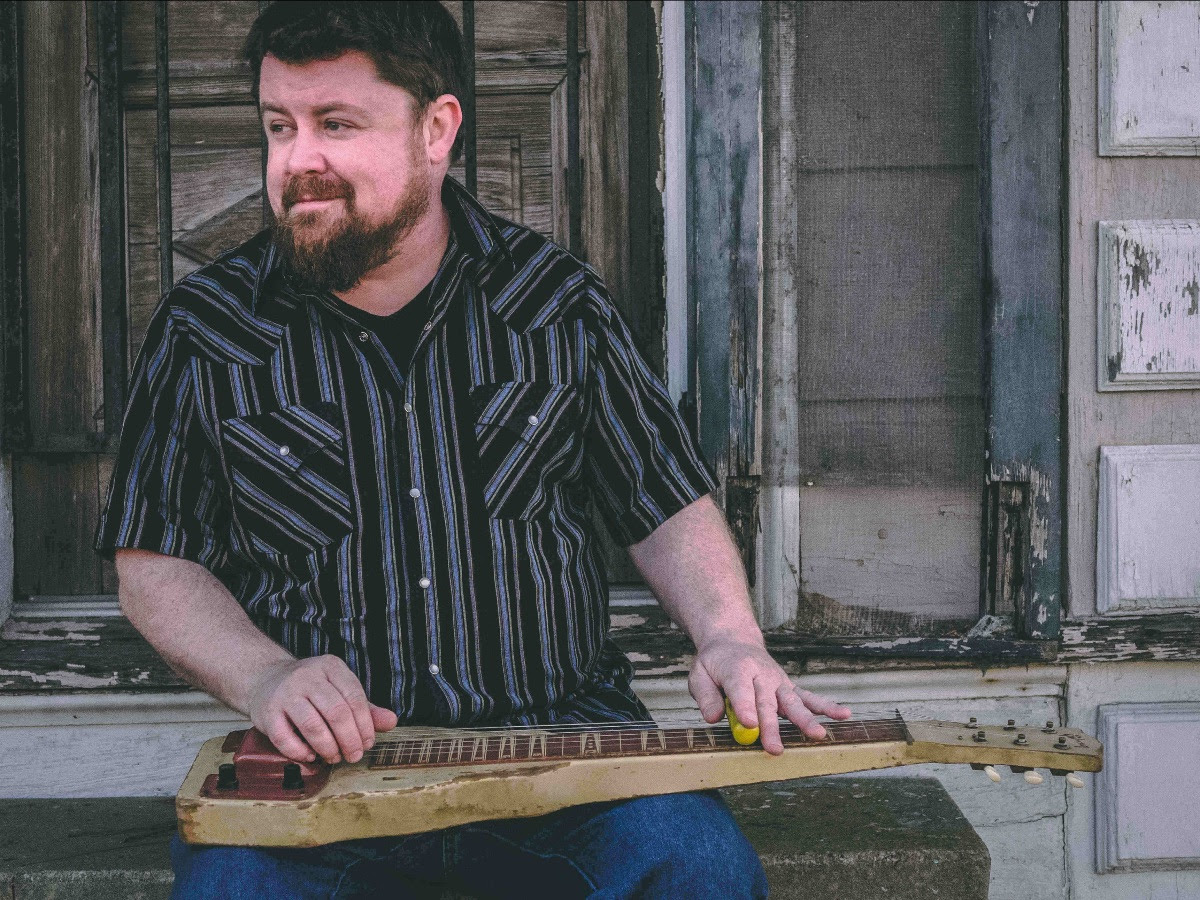 Fowler has worked a great deal with Tab Benoit, but with Alafia Moon being on a new label for him, Damon co-produced this project with George Harris (Derringer, Cheap Trick, AC/DC). How different was the process without Benoit at the helm?

“Working with Tab is always an experience. I mean you stay at his house for a couple of weeks, and record in his studio. You’re gonna get some Tab on ya. I made a bunch of records with him, going back to Sounds of Home on Blind Pig. I enjoy writing with Tab and he’s a fun guy to be around.

“I’ve known George for a really long time too. He’s an old friend and someone I feel really comfortable with. They’re different experiences but I enjoy them both. George is a little more transparent. He’s the engineer, and a good listener. He won’t ask you to change anything you’ve got going on unless it’s obviously sticking out real bad. He’s one of the those guys where you don’t even realize he’s got his fingers in it until you’re done. Going back and listening to the final tracks, I really enjoy George’s tones, his room sound, and overall production.

“The thing that they don’t list about George Harris in his production credits is he also records Roy Book Binder. He’s a Piedmont style, rag time, old timey, guitar player. I played on one of his records about 2 years ago, and I’m a huge fan of his. There was another guy named Rock Bottom, who has a harmonica player here in the Bay area, and kind of the godfather of the blues scene here in the 80s and 90s. So George does have experience recording roots music as well.”

Does Damon have favorite songs on his own release? Sometimes that’s like asking someone to choose their favorite child, but Fowler doesn’t hesitate, even about the final track, “Kicked His Ass Out,” which only clocks in at 1:45.

“This is the album I’ve been wanting to put out for a while,” Fowler says. “Actually most of this was recorded before COVID. There a few lyrics that sound like they relate to COVID, but that’s just coincidence. I really like anything with harmonies on it. I think that’s fun. The first track is called ‘Leave it Alone.’ I like that one a lot. I like ‘I’ve Been Low.’ You just have to hear ‘Kicked His Ass Out,’ and you have to listen to the song right before it, ‘The Umbrella,’ for it to make any sense. ‘The Umbrella’ is a story, written about a bar in Prescott, Arizona. It’s a true story with just a few terrible details left out (laughs) but a totally true story. The breakdown is there’s a drunk guy, he’s the only guy in the bar, and eventually the bartender kicks him out.”

Speaking of COVID, it seems that Damon’s luck saw him through one of the worst epidemics in modern history as well.

“Again, I’ve been very lucky,” Fowler begins. “The day I realized that things were going to shut down, I started a live stream called Fowler’s Garage. I also own a small t-shirt company. I also started a cooking thing, and another thing called Gig Stories, where I’d go out and interview all my friends like Bob Margolin, JP Soars, Victor Wainwright, Albert Castiglia and get them to tell me funny or heartfelt stories from road. So between all those things, plus sponsors and the generosity of people, we pushed through. Although it was a struggle, we did pretty good.”

Alafia Moon is available worldwide on Friday, March 26th. Whether it is luck, talent, perseverance or a combination of them all, it is the album Damon Fowler has always wanted to release. His life’s work and experience (so far) wrapped in 11 songs of simple and unimpeachable roots music. A history of Florida’s West Coast and beyond, told by a master raconteur, whose star is rising faster than a NASA rocket.