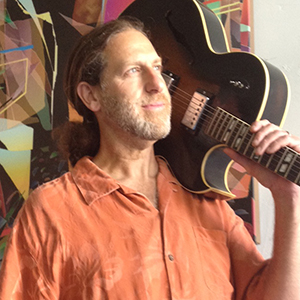 Expressive and soulful guitarist, vocalist, writer Dan Beck performs front and center with the Dan Beck Band. His new debut release All The Fish Are Hoppin’ is a blend of Blues and Jazz as Dan sings and conveys his musical story with his unique gift of lyrical expression.  The band’s hint of raw blues style jamming quickly evolves to a natural hybrid mix of jazz and rock designed arrangements.

We are glad to have Dan Beck here today at JazzMonthly.com.

Jazz Monthly: Dan, the story goes that you have over 40 years experience as a guitarist, yet your new Project ALL THE FISH ARE HOPPIN is a Debut Release. What lead up to your decision on releasing a CD at this time?

Dan Beck: Even though I've been playing for so long, this is the first time I've had a band and I really love how we sound together.  Everyone in the band has fun when we play and enjoys the music; I really wanted to capture our unique vibe on an album.

JM: Your band has distinctive character. How did you go about putting the group together?

DB: The group came about organically. Robert and I met in Salinas and played as a duo for a number of years in some local restaurants. Other members heard me playing solo guitar in the shop my wife and I run in the Steinbeck District in downtown Salinas - a combination visitor center, art gallery, used book and music store. After hearing me, each wanted to jam and when it went well I would try to add that person into the mix. We played in different combinations for an entire year before I could get all five members of the original band in one room at the same time. 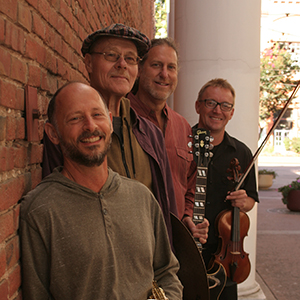 JM: The Dan Beck Band has a superb live performance sound even though you recorded this in the studio. What was the creative process in the studio? What plan did you have? Any special recording equipment... or specific instrument placement for this session?

DB:The intent from the beginning was to create an album that captured the magic and creative character of live performance. It was never about recording the absolute best version but recording a good and fairly compact version of a song. We also set out to record a fairly wide variety of songs that we all enjoy playing. We recorded the album on 1inch reel to reel tape and then converted it to digital where any noise which occurred from the analog process could be cleaned up. With tape starting over means rewinding – we developed a process of a short practice/reacquaintance with a song until we found the groove – then we would start the song over and generally record it in one take. Mic placement we left up to the recording engineers but the choices were based on capturing the true character of each instrument.

JM: Your knowledge of the Blues Scale and other hybrid scales on the guitar is an important contribution in each song. Was this a spur-of-the-moment ad-lib process or a planned part of your song

DB:My songs are designed to have improvisation in them. The basic chord progression and melody generally stay consistent but solos and even accompaniment for a sax solo for instance will be a bit different every time we play. There is always room to find new ground.

JM: You have a stimulating interaction between your vocals and guitar playing. Who were your influences, if any, that may have had a meaningful part in your musical inspiration?

DB:I was always blown away by how Hendrix's guitar and vocals sounded like independent voices even on the live recordings. So I guess I have always wanted that kind of fluidity. There are countless other influences, many not guitarists, but I never set out to sound like anybody other than myself. My guitar and voice are in conversation – I don't know exactly how I got to the place I'm at but I do recognize it only works when there is little or no thought going on and I'm listening and hearing as I'm playing.

JM: Not only do you play the guitar and sing, but you are also the songwriter! How do you come up with the topics for most of your songs? Do your songs come easy to you or do you spend days or weeks completing an idea?

DB: My songs are like my daily journal - topics and themes come  from my experiences and from ideas which I really like. While I am often inspired to create immediately – hearing a line and melody together - songs can also take days or even weeks to fully develop. Sometimes I will have written music and sense there should be lyrics (we do have a number of instrumental pieces, but none made the first album) and either something happens that inspires lyrics or they come from playing around singing. Then there is also the important process of how the band interprets the music and how the transitions and breaks and even rhythm develop from the original sketch of the song. 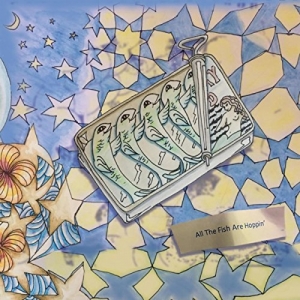 JM: I would like to call attention to your CD cover. Very creative! Can you tell us the origin behind this cool concept and design?

DB: My wife had a vision for the cover design - she is a graphic & fine artist – and seamlessly combined drawing, photography, and digital manipulation into this image where even the canned sardines are ready to hop up and start dancing.  We ended up adjusting our recording plans to include a new version of the title track.

JM: Is there one more fulfilling to you, recording in the studio or performing live? How would you compare the two?

DB: Both are fulfilling but music is not about sitting on one's laurels. Recording is a great benchmark – it captures a moment in time but the intent is for it to be played at other times.  It also can be sonically polished so the instruments all sound their best. We, of course do our best to sound that way live – but the live test of success is more about how the playing feels and how often we are playing in ways that seem fresh - then also the audience response is an indicator of how we are connecting with other people and that is ultimately what music is about – communication and connection.

JM: Where would you like to find the Dan Beck Band in 5 years?

DB: I am not one to set a lot of goals. Too often we start measuring our current against our goals and then fail to recognize how great our current is ... I love playing in places where the acoustics are good for the band and every bit as good for the audience. My hope is that we play in increasingly better venues – where the experience will be better for everyone and that those times become meaningful memorable moments not just in our lives but those who are sharing the experience.

JM: What advice do you have for artists who want to form their own bands and want to pursue a music career full time?

DB: Don't do it 😉  No seriously - the only advise I can give is about being genuine with oneself. There are lots of folks out there who will tell you what you should be doing to have a career in music. Listen to what resonates with you – that which not only sounds like good advice but you are compelled to do. People become good at something because they enjoy doing it and are compelled to do more and learn more because of that joy and passion. If you are playing music for the right reasons you will play and learn regardless of any tangible success and that is where true success lies.