Verve Records announces the release of a never-before-heard stellar live recording from the First Lady of Song, Ella Fitzgerald. The Lost Berlin Tapes were recorded – incredibly in both mono and stereo – at [...] 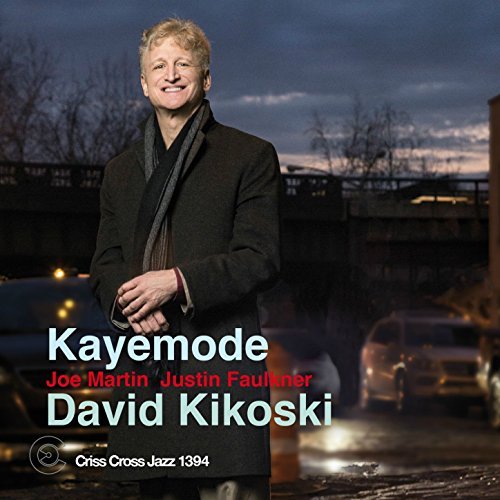 Although never the most famous of jazz pianists, David Kikoski has been one of the most vital of the past 30 years. He joined Roy Haynes' group back in 1986 (they have played together off and on ever since) and has since worked with many of the who's who of New York modern jazz including Randy Brecker, Bob Berg, Billy Hart, Craig Handy and the Mingus Big Band. Kayemode is his 18th CD as a leader and tenth for the Criss Cross label (www.crisscrossjazz.com).

For this project, Kikoski performs four of his originals and a song apiece by Charlie Parker, Pat Metheny, Chick Corea, Thelonious Monk and Jerome Kern. He is joined by bassist Joe Martin (who takes many concise solos) and drummer Justin Faulkner. Kikoski, who sometimes sounds close to vintage McCoy Tyner, also has a strong musical personality of his own and sounds particularly original on his more advanced originals.

The program begins with a beboppish Bird blues "Au Privave" but that can be thought of as a warm-up. Most of the remainder of the set is adventurous post-bop jazz. Such pieces as the eccentric "Binge Watching" and the rhythmically challenging "Switching Roles" feature close interaction by the trio with Kikoski often responding to the inventive ideas of his sidemen. The pianist's jazz waltz "Morning Glory" and the group's version of Corea's "Mirror Mirror" start out more conventionally but also have their freer moments, evolving as they progress. The music is never predictable.

After a colorful reworking of Thelonious Monk's "Trinkle Tinkle," the CD concludes with two songs that are a change of pace. "Smoke Gets In Your Eyes" is given a melodic and tasteful treatment while "Blues For Gerry" (for Criss Cross' owner and producer Gerry Teekens) gives Kikoski an opportunity to play some spontaneous solo piano.

All in all, Kayemode is an enjoyable effort by one of today's jazz piano greats.