After hearing Robbie Williams’ album Swing "When You’re Winning" as a young boy, Dennis Van Aarssen fell in love with Swing and Jazz-music. Dennis, born in The Netherlands, started piano lessons at five and then moved on to singing lessons.

He decided to participate in various talent programs on TV. In addition, Dennis recorded songs in his home studio which he constructed with his father. “I started to publish songs on YouTube. Both pop and jazz songs. The first song I put on YouTube in 2010 was (I Did It) My Way by Frank Sinatra."

Dennis entered The Voice of Holland and performed a Frank Sinatra tune "That's Life." Dennis, with his relaxed yet passionate style amazed the judges and the audience and won the 9th season of the Voice of Holland. Already being compared to icons like Michael Bublé and Frank Sinatra, Dennis indeed is here to stay. 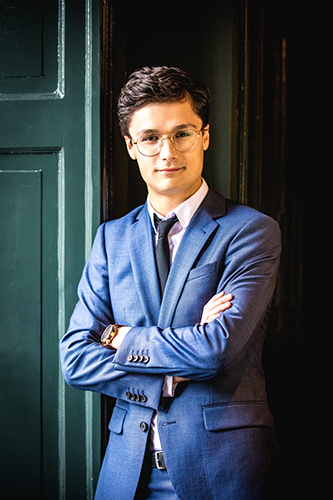 Jazz Monthly: Dennis, what a complete turn of events for you since winning The Voice of Holland. What an amazing story and amazing voice! Tell us about the experience.

Dennis Van Aarssen: I entered The voice of Holland without any expectation and that's why I think I had nothing to lose. It was always my dream to be an entertainer and to be on stage, I had tried many different things to make that dream come true, but something always went wrong. In the meantime life went on and I got myself a job as a project manager in a digital marketing company. Not exactly the line of work I dreamt of, but it was a great experience for me and although I didn't know how, I never stopped believing there would still come a chance for me to pursue my ambitions in music, and The voice of Holland was exactly that. I felt right at home on that stage. The band, the cameras, the big LED-screen behind me, it was so great. I never thought I was going to win, not even when I made it to the final. I just knew that I needed to enjoy every moment I had in the show, and I did!

JM: Already being compared to Icons like Michael Bublé and Frank Sinatra, you truly are a gifted singer with a voice of distinct quality and style. When did you realize you have this one-of-a-kind talent?

DVA: Thanks! The fact that people are starting to compare me to Bublé and Sinatra, who are two of my biggest heroes, is amazing to me. These are the men I look up to and who inspire me every day. I started taking singing lessons when I was 10, maybe 11. I had seen the Robbie Williams concert, live at the Royal Albert Hall, where he sings songs of his album 'Swing When You're Winning' with an amazing orchestra. That's when I realized two things: 1. This music does things to people. It makes them unable to sit still and watch/listen. I love that! 2. I want to do this in life. Performing on stage, with amazing musicians, in front of hundreds, if not thousands, of people. I don't think there was a specific moment when I realized I had a one-of-a-kind talent, but I always did know, somehow, I would be on stage as a singer.

JM: What were your original ambitions growing up?

DVA: As I said before, I wanted to be on stage since I was a kid. However, in the beginning, probably until I was 10, I really wanted to become a comedian. I still enjoy making people laugh and there's always room for jokes when I'm on stage, but music will always be the main focus, as it is my biggest passion.

JM: Your recent project titled "Forever You" is a rousing and impressive mix of Jazz. What was your idea and vision on this project?

DVA: 'Forever You' is also a song on the album and that song is about the love of my life. The song is basically me saying to my girlfriend 'I know everything has changed in my life this year, but I hope you'll never change. Please be forever you.' Like many of the original songs on the album, my girlfriend is the inspiration. I know that I could never have done all of these wonderful things if it wasn't for her support and her keeping me sharp. I think we're really a great team. So the idea behind the album is that it's a love letter to her, and for that reason I chose 'Forever You' to be the albums title. 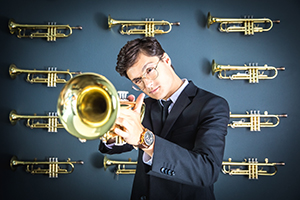 JM: Please give us a brief behind-the-scene overview of the recording process on "Forever You."

DVA: It obviously starts with picking the songs. I'd written a bunch of songs with some very talented songwriters, which came in handy, since I had never written a song before in my life! I have surrounded myself with the right people and with them I chose the best combination of songs to record. I had also come into contact with a bigband that I instantly had a great musical connection with. We were going on tour together, so I also wanted them to play on my debut album. So after we'd picked the songs, arrangements had been made and we'd rehearsed with that awesome bigband, we needed a studio and a producer. My manager suggested we should work with Paul Pouwer, who works with the Metropole Orchestra and really knows my kind of music and how to capture that sound. He has a wonderful studio just outside Amsterdam and we finished the recording process within a week I think. Looking back, everyone involved did an amazing job within that timeframe! I'm really happy with the result and after release, 'Forever You' was in the Dutch Album Charts for 7 weeks in a row!

JM: You not only sing and perform outstanding Covers, you are a songwriter and co-wrote many of the songs on this project including the title track. Were you always a songwriter? How did you develop this ability? Do you have any specific references or creative styles when writing?

DVA: I had never written a song before I won the Voice, but I knew that if I wanted to have a successful and long career in music, I needed to invest time and effort into songwriting and make original songs. So that's why I was over the moon when I got a message, just days after I'd won the voice, that an American pianist who had played with Mel Tormé, Sammy Davis Jr and even Frank Sinatra, would come to the Netherlands for writing sessions and would love to spend a day in the studio with me. His name is Jeff Franzel and he brought an amazing songwriter with him, Maria Christensen and on that first day I ever wrote a song, we immediately wrote 3. Two of those songs are even on the album (Superhero and Let's Fall). We really hit it off and have worked together many times since. They really still help me become a better songwriter every time we work together. The same counts for the other people I write with. Everyone I write with has his/her own style of songwriting and it really is just something you need to do in order to become better and I know that there's still room for me to grow in that field! 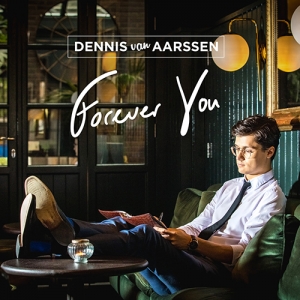 JM: The arrangements and production on this Project were exceptional. Everything fit perfectly in this genre. Our viewers would like you to tell us a little about the band and supporting production crew behind "Forever You."

DVA: I'm very proud of the result and am really happy with how everybody went that extra mile that's needed for the best possible result. From the song selection I did with my manager (Marc Hofstede) and A&R manager (Menno Timmerman), to the band (BOSCO bigband) and producer (Paul Pouwer), everyone has truly added value to this project. I was lucky to have come across this bigband. It's a small bigband, with young, talented musicians who I connected with immediately.

JM: You covered Boz Scaggs " Lido Shuffle" on this Project and did a really terrific take on this. What was the choice behind choosing "Lido Shuffle"?

DVA: I wanted to do something different and in the time we were selecting songs for the album, I listened to Lido Shuffle a lot thinking 'Maybe we could surprise everyone by putting this song on the album!'

JM: We all have to stay safe during this Pandemic and a lot of shows for all artists have been temporary cancelled. What are your performance and recording plans during these very trying times.

DVA: It hasn't been an easy couple of months, with a lot of shows and plans cancelled or postponed by a year (for now). The first 12 weeks me and my sound engineer got together in his office to do a weekly livestream mini-concert for free on social media. We learned a lot during this period and this was the only way we could stay in touch with the fans. Thankfully we have theater tour planned for the end of the year, where I'm touring 24 theaters throughout the Netherlands with my band. Obviously the theaters have all taken the necessary precautions in order to make this possible, but I'm thrilled to be back on stage in front of real people in a couple of weeks again!

JM: Dennis, your singing, style and phrasing is that of a seasoned experienced artist that has been doing this for 25 years. This just does not happen to artists at your young age. What are you looking forward to as you venture into the next 25 years?

DVA: I feel like I haven't thanked you enough for all the kind words and compliments you put in your questions, so here's a big thank you! We've had a successful start of my musical career, and I've been growing in various fields and I feel I'm not done growing. I realize there's a lot to be done if I want to continue to be successful in the future. The goal is to do this until I'm 100 years old and then maybe I'm ready to retire!