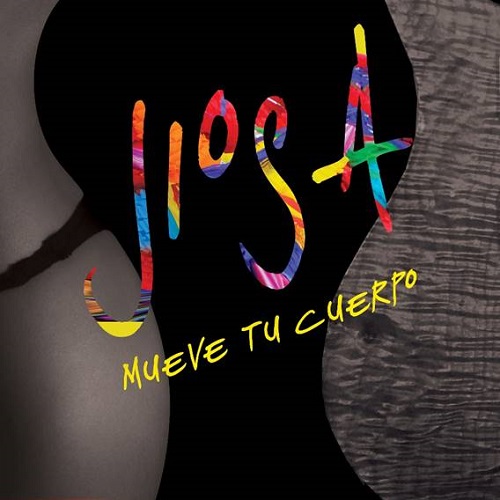 The July 27 album release moves more than just bodies with the emotional radio single, “Missing You,” serving as testament.

Four-time Grammy nominee Denny Jiosa sees parallels between the curvaceous body of the guitar and the human body. Indulging his passion for “sexy” Latin music, the jazz guitar slinger uses his electric and nylon-string guitar bodies to get people to move their body as well as expressively stir emotions on his eighth album, “Mueve Tu Cuerpo,” which drops July 27 on the Sonic Canvas Records/BFD imprint. Radio is already getting a taste with the evocative first single, “Missing You,” one of eleven songs Jiosa penned and produced for the collection.

Jiosa endeavored to craft an upbeat Latin-influenced, jazz-rooted album that would get people to move and grab attention via an exciting blend of musical styles. But he also wanted to go deeper, “shy away from the norm” and touch people emotionally. Beneath the energizing layers of exotic Latin percussion that create lusty rhythms and sensual grooves emerge moving harmonies and rousing melodies that resonate. Whether he’s furiously strumming impassioned nylon-string guitar rhythms, precisely picking lyrical phrases and bending extended notes, or intensely issuing scorched earth electric guitar pyrotechnics, Jiosa’s deft fretwork establishes and maintains a commanding presence throughout the recording.

"Mueve Tu Cuerpo" is about what music does to get people to move. I wanted this to be an exciting, compelling and expressive blend, tapping into my huge passion for Latin music. I love the sounds, rhythms and sexiness of Latin music, which I blended with jazz rhythms, lines and harmonies. My intention from the outset was to reach a broad scope of listeners with this album. Guitar is one of the most expressive and sexy instruments. Whether I’m playing nylon string to electric guitar with an edge, it’s about moving people emotionally. If you can move people emotionally with an instrumental, then you’ve accomplished something,” said the Nashville-based Jiosa.

More than just sultry enticements to body movement or coaxing emotional responses, “Mueve Tu Cuerpo” also transmits meaningful messages. “Missing You” ruminates on the absence of Jiosa’s loved ones who have passed, such as his desire for his parents to be here to see their grandkids and hear his music. Alluring and mystical, “Dance In Heaven” contains the gut string guitarwork of multiple Grammy nominee Phil Keaggy. The festive, gospel-funk cut “Selah, Love Each Other,” featuring drummer Chester Thompson (Genesis, Frank Zappa), pays tribute to Jiosa’s late bassist, Chris Kent. John Santos contributes lead vocals to “Freedom Tower,” a song about the historic Miami structure that still stands as a landmark for Cubans who fled to the US in the 1960s and were processed at that location. The atmospheric meditation “From The Fire” appeared in the Christian film “Believe: The Misfit Pawn” a couple years ago and addresses embracing “the fire” we face in our lives.

Jiosa developed his brand of guitar play that borrows from jazz, rock, blues and R&B while living in Los Angeles where he studied under the tutelage of innovative guitarist Frank Gamble (Chick Corea). He dropped his solo debut, “Moving Pictures,” in 1995. Subsequent collections spawned a string of singles that proliferated the radio charts. Jiosa’s diverse body of work includes roles as a producer, engineer, mixer and/or guitarist for artists such as Yolanda Adams, Kirk Whalum, Take 6, Ben Tankard, Philip Bailey and Crystal Gayle. “Mueve Tu Cuerpo” is his first album in ten years. For more information, please visit http://jiosa.com.