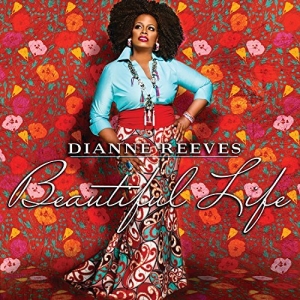 After a five year layoff, one of jazz’s most sparkling voices and innovative vocalists returns on a new label to celebrate the art of collaboration. In the spirit of her producer Terri Lyne Carrington’s 2011 Grammy winning The Mosaic Project, which featured Reeves among a bevy of top female guest artists, the singer draws from an eclectic palette of influences, beautifully reimagining classics (“Stormy Weather,” Fleetwood Mac’s “Dreams”) amidst a batch of beautiful originals. In her crisply penned liner notes, Reeves says that the multi-faceted project owes a debt to the boldness she is experiencing from a new generation of jazz and soul artists “as they explore a fresh musical spectrum of expression.”

Reeves elegantly rises to the challenge of staying front and center while vibing with a powerful who’s who of jazz and R&B greats, including Robert Glasper, Esperanza Spalding, Gregory Porter and some of the last ever sessions by Reeves’ cousin and longtime collaborator George Duke. Also in the mix are Raul Midon, whose dynamic “vocal trumpet” finds the perfect foil in Reeves’ wordless vocals on the whimsical Latin jazz piece “Tango”; Lalah Hathaway, who helps Reeves mine the deeper eloquence of “Waiting In Vain”; and Gregoire Maret, whose harmonica adds a touch of melancholy to the closer “Long Road Ahead.” Sean Jones, lead trumpeter for the Lincoln Center Jazz Orchestra (whom Reeves has long recorded and performed with), adds a spirited improvisation to an emotional version of “I Want You.” Though he is not billed as a featured performer, pianist Gerald Clayton, another force in the current generation, provides a rhythmic foundation on four tracks.