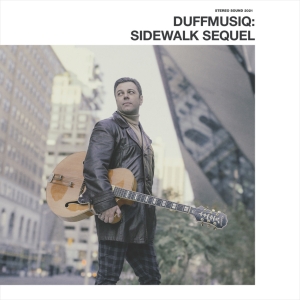 In 2002, he graduated with Honours in both Music Production and Studio Engineering.  Shortly thereafter, he formed the band “Jamesking” featuring vocalist Gyles. Together, they won 2nd place at both the 2008 and 2010 “Radio Star National Songwriter's Competition”, and with the release of Gyles’ 2013 EP Love and Denial (Composed and Produced ) by Duffmusiq also received the award as “Best Urban EP Production” at The American Indie Music Awards. Judged by:

In 2012, Duffmusiq signed with the Los Angeles based “Rip Tide Music” for co-publishing and licensing.  This association led to Duff’s music being placed on TV’s “Psych” (USA Network) and “Girlfriend’s Guide To Divorce” (Bravo) and in the films “Shark City” (Warner Brothers) and “Alles Is Liebe” (Universal Studios Germany).  Black Lightning DC Comics ( Warner Brothers  2020 ), Duffmusiq is both honoured and excited to have  positioned an original composition (which he also produced and composed) in an upcoming Lion’s Gate production about the life and career of the talented multiple award-winning pop and R & B vocalist, Toni Braxton.
With the Fall  release of Sidewalk Sequel, Duffmusiq plans to perform and tour in support of the new recording, as well as to continue to compose for television and film, and also continue to develop, write for (and with) and produce many more talented international artists.