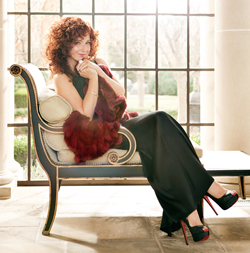 DWAYNA LITZ BRINGING BACK THE GREAT AMERICAN SONGBOOK IN A FRESH, NEW WAY

Dwayna Litz is bringing back "The Great American Songbook" to the concert halls with fresh, new arrangements of the most beautiful music ever created! Her singing and unique charismatic stage presence will warm your heart and transport you to another place and time. Her performance style has been likened to that of Judy Garland and Rosemary Clooney, yet, her delivery is contemporary and distinctively "Dwayna".

In addition to her stellar vocal ability, Dwayna is an accomplished songwriter including songs featured on Patti LaBelle's Grammy nominated Gold CD, "Flame," Chris Willis' performance on "The Journey" (Red Warrior Records), "I've Got a Feeling" aka "The Animal Rescue Song" and her latest timely song and video entitled "America Come Home."

She has been included in Who's Who in America for her artistic abilities and was awarded "Best in Show" in musical theater at the young age of 17 at FL State University. She has entertained audiences across America, the UK, India, Haiti and Korea. She has studied voice and musical theater at the Singer's Forum in NYC and has been coached by top vocal coaches in Nashville, TN. Tim Ouimette was the arranger and producer on this wonderful project.