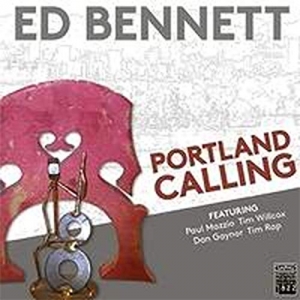 “Ed Bennett is one of those powerhouse players whose virtuosity inspires the other participants on the bandstand to give it all they've got”. GEORGE FENDEL / JAZZSCENE.

Ed Bennett has long been considered one of the West Coast's premiere string bass players. Since his arrival in 1990, Ed has become an acoustical force in the Portland jazz community.

The fresh sounds of Bennett’s original compositions are be-bop influenced, but unique with twists in their harmonic progressions and unusual forms. The musicians on this record date, Paul Mazzio on trumpet and Flugelhorn, Tim Wilcox on tenor and soprano sax, Dan Gaynor on piano, and Tim Rap, are a winning combination both as accompanists and soloists for Bennett’s originals.