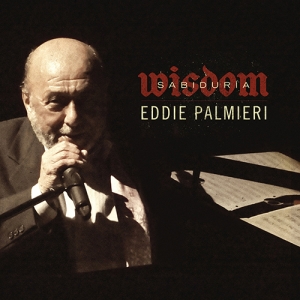 Eddie Palmieri’s influence on the world of modern music is often celebrated, but just as often underestimated. As he completes his 80th year with us, his energy and commitment seem to be increasing, as if to fully emphasize the power of not just the music but also the cross-cultural importance of the process. With no sign of slowing, Mr. Palmieri is the elder of a global culture of musicians, actively teaching young students and leading the way for the next generation. And now Mr. Palmieri brings to the world his first project since his back to back Grammy wins in 2005/2006 - SABIDURÍA. Sabiduría is the Spanish word for WISDOM, and the message is clear from the outset that wisdom is the exalted value that should guide us all. His intent with Sabidurí a, as it has been with all of his recordings,  is to create art that will be analyzed and understood well beyond his time.

Many elements of style can be found within the experience of SABIDURÍA - funk, soul, jazz and pop are all present alongside the guiding force of rhythm. This is music you can sit to, drive to, and of course, DANCE to. The album features appearances from Donald Harrison Jr, Marcus Miller, Alfredo de la Fe, Joe Locke, Johnny Rivero, Ronnie Cuber, and David Spinnoza. SABIDURÍA may well be the best Latin Jazz record ever made, and when the dance is over we will let history decide.

‘We are honored, humbled, and thrilled to represent Mr. Palmieri and his true spirit of independence. We encourage you to listen, dance, and celebrate with us the living legend - Mr. Eddie Palmieri - at his top form.’  (Louis Marks, Ropeadope) 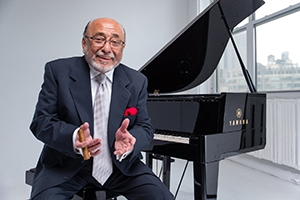 ABOUT EDDIE PALMIERI
Born in 1936 in New York, Mr. Eddie Palmieri is a bandleader, arranger, and composer who has skillfully fused the rhythm of his Puerto Rican heritage with the complexity of his jazz influences. He gained international attention as a pianist in the 1950’s, playing with Eddie Forrester and the popular Tito Rodriguez Orchestra, among others. In 1961 he formed La Perfecta, featuring an unconventional front line of trombones that created a new sound, mixing American Jazz into Afro-Caribbean rhythms and leading to the trombone-heavy Salsa explosion in the 1970s.

Throughout the 60s and 70s Mr. Palmieri continued to surprise fans and critics with his unique sound – in 1970 he released the epic ‘Harlem River Drive’, merging Black and Latin music into a free-form sound that seamlessly blends elements of funk, soul, rock, salsa, and jazz. In 1975 Mr. Palmieri was awarded the very first Grammy for Best Latin Recording; this would be the first of ten Grammys over the next 30 years. His lyrics and arranging style have influenced countless musicians from a diverse array of settings, including Chick Corea, Ruben Blades, Willie Colon and the Fania All Stars, Christian McBride, and hip hop pioneer Bobbito Garcia.