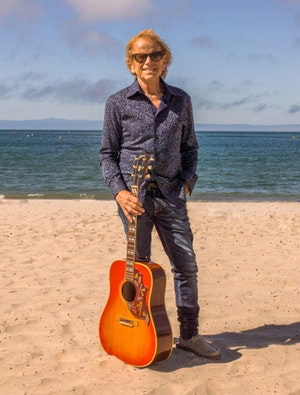 Alan (aka “Al”) Jardine, guitarist, vocalist and songwriter, is best known for being one of the founding members of the California-based group The Beach Boys. Al was born in Lima, Ohio, on September 3, 1942 and met Brian, Carl and Dennis Wilson, Mike Love and David Marks after his family moved to Hawthorne, California. They formed The Beach Boys and with their perfect harmonies and original tunes about surfing, beaches, hot rods and California girls, became the rock 'n' roll voice of the West Coast.