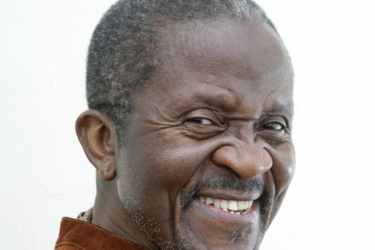 After a twenty two year absence from recording Andy Bey returned with four albums that have become a permanent part of the musical landscape. The 2005 Grammy Nominated American Song is a delicious celebration of one of America’s great gifts to the music world: The American Songbook. On his new release Ain’t Necessarily So Bey brings the energy of live performance to compositions by the gods of American Songwriting. Insiders have always known about Andy Bey. Given his limited output of studio recordings, live performances were the source of Bey’s reputation as singer. Aretha Franklin reminisces about the nights when Andy and The Bey Sisters worked the Village in New York: “Soon as I finished my gig I’d run over to hear them. Andy never got the recognition he deserved . . . jazz originals . . . brilliant and precious.”