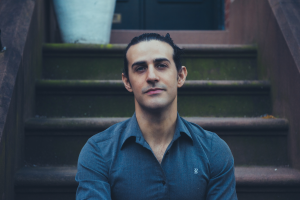 Arriving in the US from his native Israel in 2006 to study at Berklee College of Music before earning his master's at The City College of New York, drummer/composer Pugach played cash-and-carry gigs, traditional ethnic dates, worked coffee shops–anything to keep his drumming and music pure. Eventually teaching himself arranging and orchestration, his complete reimagining of Horace Silver's "Silver's Serenade" led instructor (and renowned pianist/composer/educator) Mike Holober to exclaim, "Your arrangement departed from the original song; it wasn't just an adaptation, but a rearrangement. Dude, you're going to thrive as an arranger/composer."