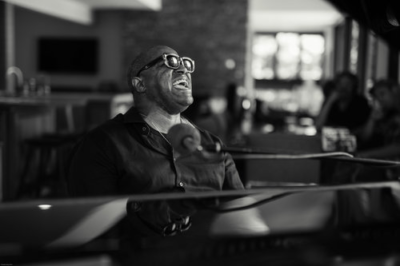 “When people ask me about my blindness, I tell them, ‘I didn’t pay the electric bill on time...so they cut the lights out on me!’" - Ellis Hall

Through the ages, there have been a number of famous blind African American male entertainers in Gospel, Blues, Soul and Pop but few as gifted as Ellis Hall. What other man can claim to have written 3,800 songs, sung at the funeral of Helen Keller at St. Patrick's Cathedral in New York and before Nelson Mandela in Johannesburg, Africa, been a member of Oakland Soul band Tower of Power, been nominated for an NAACP and Ovation Theater Award for his very first stage role in "The Gospel At Colonus" (in which he sang, acted, and walked the stage and stair props mostly unattended), and penned the official song of the city where he grew up: Claxton, Georgia. Welcome to the greatness of Ellis Hall!