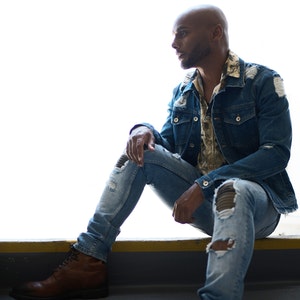 The music of Grammy-nominated singer/songwriter Kenny Lattimore reflects the best of all worlds because he combines the timeless sounds of traditional r&B with is own unique contemporary flair to create a universal sound that transcends boundaries and appeals to audiences of all ages, races and genres. His body of work, which includes hits such as “Never Too Busy” and the Grammy nominated “For You,” Has garnered two gold-selling albums, the NAACP Image Award for Best New Artist as well as nominations from the Soul Train and Stellar Awards.

The music of Kenny Lattimore powerfully connects with the hearts of women and the minds of men. His work inspires numerous artists, including Kanye West, who sampled Lattimore’s “Lately” in the song “I’m In It,” and is included on West’s number 1 album, Yeezus. Lattimore’s musical relationship with West goes back for years. Indeed, West received his first production credits on Lattimore’s remixes of singles “Never Too Busy” and “Just What It Takes.”