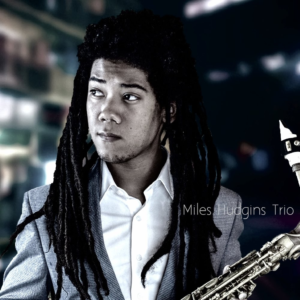 Miles Hudgins began his musical journey at the age of only 4 years old after taking an interest in piano following his mother’s lead. Since the days of playing “repeat after me” for hours on end with his mother, he has become a multi-faceted instrumentalist and music producer, with a primary focus on the piano and woodwind family in live performance. He has taken his talents as both a performer and producer to various different places including original dance recital soundtrack composition for the University of South Carolina, honing and showcasing knowledge in electronic music production at 'Grammy Camp' in Los Angeles, California, playing in a big-band setting with the Philadelphia Jazz Orchestra, appearing on-air in the PBS Celebration of Music