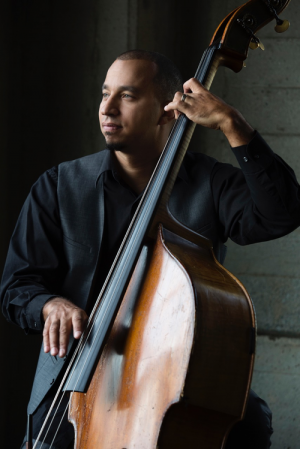 Ryan Cross is a name that is synonymous with professionalism and musical excellence. Born and raised in Seattle, Washington, Ryan moved to Los Angeles, California when he received a full scholarship to attend the University of Southern California where he studied under John Clayton. He graduated in 1999 with a Bachelor of Music in Jazz Studies. He has appeared and recorded on over 100 TV shows and movies to date, including Big Bang Theory, Glee, Friends, ER, The West Wing, Studio 60, Cold Case, Along Came Polly and Poseidon.

He has also graced the recording studio and stage with Beyoncé, Rihanna, Stevie Wonder, Arturo Sandoval, Jill Scott, John Legend, Gladys Knight, Chaka Khan. Ryan produces live shows weekly at the high profile Delilah and The Sofitel Hotel where he features the world's top jazz musicians and vocalists. For several years, he has maintained a strong relationship with the The Los Angeles Jazz Society and has gone out to many schools in the Los Angeles' Unified School District to spark the interest of children to play music. Most recently, Ryan received recognition of his participation on Beyoncé’s Grammy Award –winning recording Lemonade.