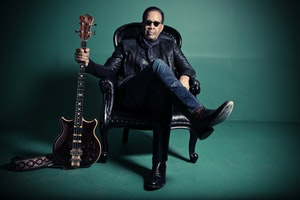 Four-time Grammy Award Winner Stanley Clarke has attained “living legend” status during his over 40-year career as a bass virtuoso. He is the first bassist in history who doubles on acoustic and electric bass with equal ferocity and the first jazz-fusion bassist ever to headline tours, selling out shows worldwide. A veteran of over 40 albums, he won the 2011 Best Contemporary Jazz Album Grammy Award for The Stanley Clarke Band. Clarke co-founded the seminal fusion group Return to Forever with Chick Corea and Lenny White.