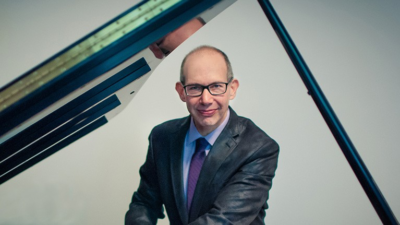 Ted Rosenthal, a Long Island native, first gained international acclaim by winning the Thelonious Monk International Jazz Piano Competition in 1988. He has since performed with some of the all-time jazz greats and recorded over a dozen albums as a leader, including the critically acclaimed Rhapsody in Gershwin. Both the album and tonight’s concert feature Rosenthal’s longstanding trio, an impeccable unit that does justice to Rosenthal’s skills as an arranger and deftly navigates his stunning reinterpretations of well-known classics. On the evening of what would have been George Gershwin’s 120th birthday, the trio offers a unique and welcome perspective on the beloved Gershwin canon.