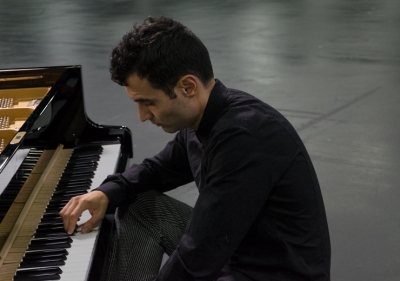 Center for the Art of Performance
Phone:310-825-2101
Website:https://cap.ucla.edu/
Address: 340 Royce Drive, Los Angeles, CA 90095
Hamasyan describes the songs as “musical observations about the world we live in now, and the weight of history we carry with us.” All About Jazz hailed For Gyumrias “a loving tribute to his home city” and The Guardian raved, “he’s the hottest pianist in jazz, and he likes to mix things up, whether it’s bebop, thrash metal or dubstep. But his heart is in the folk music of his native land, Armenia.”
Hamasyan began playing piano at age 3 and won the 2003 Montreux Jazz Festival’s piano competition at age 14. He released his debut album, World Passion, in 2005 and the following year won the prestigious Thelonious Monk International Jazz Piano Competition. In addition to awards and critical praise, Hamasyan has built a dedicated international following, as well as praise from Chick Corea, Herbie Hancock and Brad Mehldau.
Go to Top