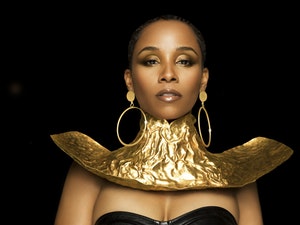 Longevity relies on progression. A lasting catalog evolves with its creator, growing, changing, and expanding in tandem to the artist. Once again, platinum-selling and critically acclaimed singer, songwriter, actress, and activist Vivian Green continues to progress six albums into her illustrious career on the aptly titled, VGVI [Make Noise/Caroline]—pronounced “vee-gee-six.” Driven by the show-stopping voice that enchanted millions upon her emergence with 2002’s gold-certified debut A Love Story, the record sees the songstress tread new territory yet again.

“I wanted to do something brighter and more upbeat,” she reveals. “If a song was sad, it needed to have a certain attitude, energy, and life to it. I’ve done sad songs. I love them, of course. However, I wanted to evolve.”

That evolution began with the release of 2015’s Vivid. Going Top 10, the album earned her highest chart entry in over a decade on the Billboard Top R&B/Hip-Hop Albums Chart, garnered acclaim from Vibe and YouKnowIGotSoul, and yielded a bona fide hit in the form of “Get Right Back To My Baby.”