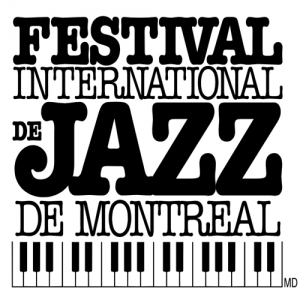 Wrap-up of the 39th edition

Once again, hundreds of thousands of people assembled at the doorstep of the Quartier des Spectacles to join in the 39th edition of the Festival International de Jazz de Montréal presented by TD Bank Group in collaboration with Rio Tinto, which concludes today. Hundreds of thousands of people who braved the heatwave, and we are delighted to have once again offered them irreplaceable entertainment, and to have been able to present talented artists from all backgrounds and origins during our ten days and nights of festivities.

Obviously, we cannot deny that, for the first time in festival history, this edition did not unfold without a hitch. We must certainly return to the controversy surrounding the SLĀV show and the decision we made to cancel its performances during the Festival. A statement released today outlines in more detail the ins-and-outs that motivated this decision. This episode led us to reflect deeply and take into account all the constructive remarks directed our way, which can only be beneficial for future editions.

We remind everyone that the Festival is also and above all a program of 500 concerts, fully two-thirds of them free. Once again this year, we were treated to outstanding performances by many artists in indoor venues — with sold-out 21 concerts — and on our outdoor stages.

Let’s highlight the TD Mid-Festival Event with Jessie Reyez, which thrilled an immense crowd, as well tonight’s Rio Tinto Grand Closing Event, starring The War On Drugs, which we’re sure will fold this edition into the history books in epic style.

In addition, the Festival presented its glittering array of prizes, including to a deeply moved Ben Harper, who received the Ella Fitzgerald Award. The Montreal Jazz Festival Spirit Award was presented to the legendary Ry Cooder, while young Montréal outfit SHPIK was selected as winner of the 2018 TD Grand Jazz Award.

Another success involved the renewal of Opération Hirondelles, a project born of our desire to focus more attention on the well-being and security of festivalgoers, members of the LGBTQ community, and all those who may feel a sense of vulnerability during our events. Special measures to fight the excessive heat were also swiftly put in place all over the site.

The main objective of the Festival is to create entertainment through culture. Our goal is to increase the cultural, social, tourism and economic benefits generated by the Festival, such a wonderful showcase for Montréal and Québec all over the world. Because if there is one thing that is important to us, it is quite simply to get better year after year, and improve from every perspective.

“This was my first time at the festival and I was impressed with the organization, the venues, and the great sound mixing at a wide range of shows. I would strongly recommend the Montreal Jazz Festival to anyone who loves great music and the host city is a fantastic place to wander, eat in, and enjoy.”
Tim Leffel, Editor, Perceptive Travel.

Media initiatives implemented throughout the year also bore fruit, with the presence of 300 accredited journalists from over 16 countries around the world.

“I’m always amazed by how many free high-quality concerts FIJM offers to the public. Montrealers should feel blessed. FIJM always takes my breath away. Its organization, breadth of curation, and its treatment of the artists. All jazz festivals should strive to be FIJM. Thank god for FIJM, one of the only festivals in the world advancing the sound of jazz into the new millennia and not afraid to do so.”
Simon Rentner, WBGO.

Finally, if this Festival can experience this level of popularity and incite this kind of passion, it is thanks to the valuable partners who contribute to financing the event. Certainly, the Festival’s free programming provides benefits for everyone, but we must remember that the free program comes with a cost, and without that essential support, none of this would be possible. Thanks to our three levels of government, the Governments of Canada, Québec and the Ville de Montréal, Tourisme Montréal, all our valued sponsors, including presenter TD Bank Group and co-presenter Rio Tinto, who have been by our side for so many years, as well as all our partners and official suppliers.

Thanks also to all the Festival teams, who helped make this edition a success. Last but not least, we remember how impressive this event truly is for its capacity to unite people, attracting a fabulously diverse audience every year, gathering in the heart of a musical urban village that is more inclusive than ever.

Of course, thanks also to the artists and the festival fans who help bring this Festival to life and make it ever more beautiful.

We are already hard at work on our 40th, and cannot wait to deliver a memorable edition, especially featuring the ambitious “Hubs” project. Specifically, the Festival aims to be a vehicle for all, promoting the discovery of cultural and social wealth by anchoring itself in various neighbourhoods throughout the city. While continuing to occupy its central site in the Quartier des Spectacles with large musical gatherings, indoor shows and family activities, this global Festival will also get very local thanks to the launch of new festival centers called “Hubs”. These hubs will promote encounters between citizens and generate new spin-offs for the boroughs, in a spirit of inclusion and integration. They will be accessible free of charge and offer the same artistic quality the Festival is renowned for, while respecting the principles of sustainable development and eco-responsibility. We’ve already received over one hundred messages from citizens expressing their desire to welcome a hub to their neighbourhood, as well as numerous BDCs and boroughs. It goes without saying that the Festival is thrilled by this passionate response.

Thank you once again, and see you all next year!

The 40th edition of the Festival International de Jazz de Montréal will be held from June 27 to July 7, 2019.

This entry was posted in Festival International de Jazz de Montréal by Communication.
Bookmark the permalink.