PATTI AUSTIN – For Ever, For Always, For Luther 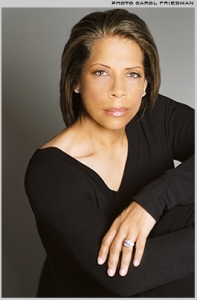 Jazz Monthly:  Well, I am so happy to have a wonderful singer and songwriter joining us at Jazz Monthly.com today.  She possesses the effulgence of voice, the true voice of elegance, grace and style.  She’s now a part of a wonderful new project that is simply fantastic, a very nice collaboration of great music in recognition of Luther Vandross, the American Heart Association and the American Stroke Association. The title of the record is appropriately called Forever, For Always, For Luther Volume II. Here to talk about this great record and her incredible career, please welcome the fantastic, amazing and so talented Ms. Patti Austin.  Patti, how are you?

JM:   Fantastic, thank you. Well, you’ve done it again. You’re a part of something special, this great album.

PA:  Well, isn’t that a lovely thing to say?  The only thing I knew that was going to be special about it was that it was for my very dear and beautiful brother and friend, Luther, but I had no idea it was going to turn out as fabulous as it did. Because at the time I worked on it, I didn’t know who else was involved in the project. So it was a great surprise to hear the entire project completed and see how cool it was. Then I was really glad I had done it.

JM:  (Laughs.)  Absolutely.  Well, now, just to back up for a second, Patti, please tell me, how does a four-year-old become a professional and a recording star in her teens?  You’re just amazing.

PA:  Wow, you don’t want the whole story ‘cause how long is this show?

JM:  As much as I wish you could, please give us the intrinsic version. (Laughs.)

PA:  Very short and sweet reason is because Dinah Washington was my godmother, Quincy Jones was my godfather, and my dad was a jazz musician who played trombone and worked with Dinah for many years and, as a result, I was able to meet her when I was a little girl and I met her at the Apollo Theater and she dared me to go on stage and sing, and I did and that’s what started my career.

JM:  Yes, and you just didn’t know how blessed you were going to be over the years, did you?

PA:  Not really, although I did have a feeling that whatever gift I was given was unique and that I needed to take care of it and cherish it and be very grateful for it, so that attitude has always served me well.

PA:  Actually, we’re up to 19 now that are my own.  Now there’s a whole bunch of other ones that I’m on with other people.

JM:  Yeah, and some great music too. So talk to me a little bit about your first reaction when you were approached about this great project, Forever, For Always, For Luther Volume II.

PA:  Well, I mean, the reason that I did it was because it was in fact for Luther and I loved him madly and we were dear friends, and it just gave me an opportunity to pay homage to some of his work and I was most happy to be asked to specifically sing “So Amazing” because it’s another one of those fabulous tunes that he had written and which for some reason a lot of people don’t know that Luther wrote a lot of his own material.

And so I was particularly happy to be asked to sing something that he had in fact composed, and that was really the basic reason that I said yes so quickly.

PA:  Well, actually, it ended up being a very emotional experience when I listened to it.  I pretty much lost it when I heard “So Amazing,” not because I was singing either so badly or so magnificently, but it just made a bunch of memories rush through my brain, and all of them good and funny and fun, and so it made me miss my brother even more, and then after hearing that and completely breaking down, one of the people at the record company said “Do you wanna hear ‘Superstar’?” and I said “No, not if I’m breaking down from this.  I’ll probably have a heart attack if I listen to ‘Superstar’.”  And I said “Okay, okay, I’m straight, I’m fine” and heard the first two words and lost it again, so that was pretty much my reaction the first time I heard the record.

Then after I collected myself, I was able to listen to the whole thing and just really enjoy it.  I think it’s one of those CD’s that you can put on and not have to skip all over the place to find something you like.  It’s just great from beginning to end as far as I’m concerned.  Every cut on here I think is terrific and I love the kind of understated performances that everyone did, that it didn’t get into a fishing contest.  It was more about revering the originator of the material and not trying to out-sing him or out-sing yourself or be particularly technically brilliant, just very sincere kinds of performances on this project. 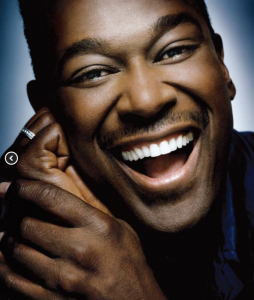 JM:  Everything about this record is just beautiful, and it typifies who Luther was.

PA:  I think it does.  I think maybe more than all of the other compilation projects dedicated to him before, I think this one kind of captures the essence of his persona and his sound.

Much more, actually, than the other ones, and I think one of the reasons is that it just has this wonderful, honorable, tasty style to it, which is exactly what Luther was about, you know what I mean?  When he wrote, he did not, if you go back and listen to Luther’s vocals, he did not do a whole lot of ranting when he sang.

He didn’t do a lot of calisthenics when he sang, and when he wrote something, he really didn’t do a lot of calisthenics and ranting because it was from his heart. So he would put it all there in the lyrics and in the melody, and so you don’t have to do a whole lot with it. All you need to do is sing it, and if you’ve got a voice like he had, it’s not a very shabby thing.  (Both laugh.)

JM:  Yeah, and Luther, like you said, he sang from his heart.

If you were one of the so-called backup singers, you were dressed like any superstar would’ve been dressed and you were highlighted at some point in the show and everyone got to see whatever your talent was, you know.  He was also very, very fair in that way with everybody because he didn’t forget where he came from.

JM:  That’s right, absolutely.  And what a great tribute.  This is wonderful.  And I remember talking with Gerald Albright years ago.  I had just left a Luther Vandross show.  I called Gerald and said “Hey, man, I just left Luther’s show and it was just incredible” and his response was “It’s a great production, isn’t it?”  He said “He gives you your money’s worth, doesn’t he?”

PA:  Well, Luther was all about production.  When we first met and nobody knew who he was and he was doing studio work and doing vocal arrangements and doing backups for other people’s records, making other people sound fantastic.

JM: .…the American Heart Association and the American Stroke Association.  Talk to me a little bit about their collaboration with this project that you know of.

PA:  Well, I got involved with the American Heart Association a couple of years ago doing some benefits for them and connected them with Rendezvous Entertainment, with the head of the record company, Hyman Katz, and they put it off and decided that there was an obvious connection between what they were trying to accomplish, particularly in the black community and what was going on with Luther, and so when this project came to pass, it was decided that this would be a very good thing for them to collaborate on.

PA:  And that’s how that went down, and it’s very appropriate, unfortunately appropriate, because it’s what took Luther away from us. But hopefully his passing will not be in vain because it’ll get a lot of people on the case and conscious of their diet and what they eat and how much activity they do every day and think about Luther and not end up the same way he did.

JM:  Yes, and this campaign is called Power to End Stroke.

JM:  And what a beautiful campaign, and I’m so happy that Rendezvous included in this project some warning signs about stroke. There are some very educational elements to this album….

PA:  Well, a lot of people don’t make the correlation for some reason between obesity and diabetes and strokes, and therefore many, many, many people walk around with diabetes and don’t realize they have it, and they don’t know what to look for, they think they’ve got gas or, you know, they think they’re slowing down or they’re tired or, you know, a million other things that could be happening that are in fact associated with strokes, so they’re things you want to enlighten people about.

JM:  Yes, and I think it’s a great effort along with some magnificent music, and because of the great efforts of everyone involved, yourself included.  I noticed that the mayor of Los Angeles, Antonio Villaraigosa….

JM:  He recognized Rendezvous Entertainment and all the entertainers for their great efforts to raise awareness about stroke and heart disease. I think that’s a beautiful thing to be recognized by the mayor and the City of Los Angeles. What a great tribute.

JM:  That’s a beautiful thing.  And I’d like to just recognize everyone over there:  Hyman Katz and Frank Cody and Dave Koz and everyone there at Rendezvous Entertainment for their efforts to really do a quality project of music along with this very valuable information about stroke.

JM:  So that’s very nice.  And you are getting set to release your latest project and that’s the Gershwin project, can you tell me a little bit about that? 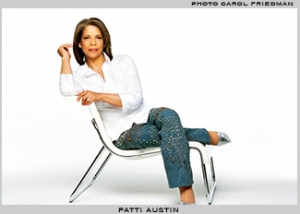 PA:  It’ll be out the first week of March (March 6, 2007) and I went back to Cologne, Germany with my wonderful friends with the WDR Orchestra, with that organization.  It’s the same group of musicians and the same organization that I did my last album with, which was the For Ella project. Actually, for the last 10 or 15 years we’ve been going back there every couple of years and doing a different project because every year in Cologne, Germany they do a tribute to American music, and for the first year I went I did my own music and then they asked me to come back and that’s when I did the Ella project, and then they asked me to come back again and pick an American composer who I’d like to honor and so this time we went with Gershwin.

JM:  Well, Patti, thanks so much for sharing your thoughts about this great project and for your wonderful work in collaboration with it as well, and we look forward to talking with you again very soon and please keep making great music, my friend.

PA:  I hope to do it til everybody says “Stop!”  (Both laugh.)  That’s the only thing that’ll make me stop. That one fateful day when I get on stage and it’s just so bad and they’re like “Just go home and forget it!”