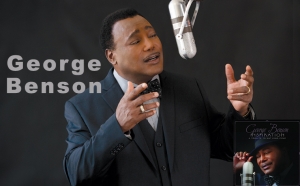 Nearly half a century after recording his debut album The New Boss Guitar of George Benson, the legendary, 10-time Grammy winning guitarist and vocalist at last pays homage to one of his greatest influences. Inspiration: A Tribute to Nat King Cole is a testament to the enduring spirit of Cole and his timeless body of work, combining Benson’s unique interpretations with the classic Nelson Riddle arrangements that Cole used, performed by the 42 piece Henry Mancini Institute Orchestra.

The 12-track collection features renowned classics like “Smile,” “Nature Boy” and “Walkin’ My Baby Back Home,” in addition to beautifully rendered duets by Benson and Tony Award winner Idina Menzel (“When I Fall In Love”), rising star Judith Hill from the current season of “The Voice” (“Too Young”) and multiple Grammy and Pulitzer Prize winning trumpeter Wynton Marsalis (“Unforgettable”). The recording is framed with now and then versions of “Mona Lisa”; the opening one minute track is a rare recording of “Little Georgie Benson” (age 8) singing “Mona Lisa,” which stemmed from a singing contest Benson won and the award was the opportunity to record a song at a recording studio.

Benson, whose career traverses six decades and has alternately embraced traditional and contemporary jazz, pop and R&B (sometimes simultaneously), was a 2009 honoree as an NEA Jazz Master, awarded by the National Endowment for the Arts as the highest honors that the U.S. bestows upon jazz musicians.

JazzMonthly: You’ve been recording for almost 50 years. Nat King Cole passed away nine months after you released your first album. Considering how big an influence he was on you, why did it take so long to do a tribute? Why was now the right time?

GB: I tried to do this many years ago but I couldn’t convince my manager that I could do Nat Cole! He was afraid that I might get bad publicity and said I had so many hits on my own, so why do it? My response was always, “to pay homage to a man who had an incredible career who contributed so much to the development of my career.” About five years ago, Walt Disney Concert Hall in Los Angeles approached me about doing a show there. Rather than just do my regular jazz show, they asked if I might be interested in doing a tribute to Nat with a full orchestra? I thought it was a fantastic idea, and the show was a giant success. We came in there and tore the place up. It was very inspiring to be in an environment with Nelson Riddle arrangements being played by the orchestra and a six member choral group. I was mesmerized when I saw that. I have done a variation of that show throughout the world in the years since then, and finally enough people started asking me to create a recording based on the concept -- and my label, Concord Jazz agreed it was time.

JM: Inspiration is cleverly framed with a minute long recording you did as a child of Mona Lisa. Tell me about that recording and how it came about.

GB: I stumbled upon that recording after many years. My mother had it in her house. I must have been from when I won a singing contest award and earned my first trip to a recording studio. I hadn’t done it before and I was so excited to have that opportunity. The studio was run by local people and was not up to par, but they put me in this tiny booth with my ukulele and it was an amazing experience. I remember I was not only playing along, but hitting all the right chord changes. I have had that tape for the last 15-20 years and it was just a novelty, and it’s nice that I finally found some use for it on an album.

JM: When was the first time you ever heard Nat King Cole. What was the circumstance, what was the song and what was your reaction? What role did his inspiration play on your development as a guitarist and later as a vocalist?

GB: It’s hard to recall the literal first time, but it was probably one of the classics, like “Nature Boy” or “The Christmas Song.” I was a little boy so I couldn’t appreciate all the talent he had then. But I knew he had it and it was immense. Once I heard him, anytime someone was around who played him, I knew it was that Nat King Cole guy. As a kid emulating his recordings with the ukulele and my singing, I went over with people like a fat rat! 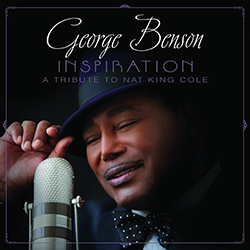 ABOUT THE PROJECT
JM: I know you had been developing the Nat tribute in you live shows before the recording came about. What prompted it and tell me some details about the live tribute? Will it be more prominent with the release of the album?

GB: We’ve kept adding to the show to enhance and modify it to make it better. People kept asking for new songs, which is why we began including “Ballerina,” which is also on the album. The concept is the same, we just keep improving it. I give a lot of credit for this to my arranger Randy Waldman, who is a legendary figure himself who has worked with many artists and was Barbra Streisand’s pianist and arranger for over 20 years. He put together the material and found the ones we used to fill in the places where we felt a new song would work. We do the show intermittently throughout the touring season but only for venues that ask us to do so. It’s not a national tour just doing that. Sometimes, I’m surprised at the places that want the Nat tribute. Like I’m doing a show in Morocco and I’m thinking, you guys there don’t know Nat King Cole. But they wanted not only one show, but two!

JM: How did you make the transition to doing the recording? How did you develop the concept and choose the material?

It was easy because I love Nat Cole and like with the show, just about any song we would do would be acceptable to me. We wanted to do ones that we felt the audience would most appreciate, and there was some experimenting both with the show and the album. As for what would ultimately go over well on the recording, I compromised with John Burk, my producer, who is the Executive VP of A&R for Concord. We changed some of the songs up a little bit from Nat’s originals, gave them more pizzazz and slickness. And of course it wouldn’t be a Nat tribute with “Mona Lisa” and “Nature Boy,” which is one of my favorite songs of all time. Doing this album was like being at home and very comfortable.

JM: Whose idea was it to use the original Nelson Riddle arrangements and work with the Mancini Orchestra? What about the guest appearances by Idina Menzel, Judith Hill and Wynton Marsalis?

GB: The Mancini Orchestra did a live show with me and Randy worked with them on 14 arrangements in a single day, which was pretty amazing. As for using the Riddle arrangements, you just can’t improve upon what Nat did so I felt it was better not to mess with them. They are classics by themselves even without his vocals. So what we did is not too far away from the original sound. I certainly could have done these songs in my regular style, with my voice rearranged, but a lot of people do Nat that way, putting their own stamp on the material. I don’t think the live show would have had the impact or drawn the kind of attention it has gotten had I done it this way. Same with the album. We’re just trying to do something that’s agreeable and happy for everyone. As far as working with my three wonderful guests, John Burk called them and they immediately agreed. I don’t like calling friends to participate myself because they might think I am using them. But it’s gratifying to know that an artist like Wynton would say he was overjoyed to participate.

JM: You’ve done many other covers throughout your career, most notably The Other Side of Abbey Road. In this case, how do you stay true to the material but put your own stamp on it?

GB: There’s a very delicate balance. The trickiest part here is that there is a great difference between my voice and Nat’s. He is a baritone and I’m a tenor and it’s hard to sing in his range. If I moved up too much it would lose the effect. My goal was to put people in the Nat environment not my environment. I have my own environment, and my band and I devote the last third of my show to my own material. But even that shows the great effect that Nat had on my life. I’m very happy with the way everything turned out. 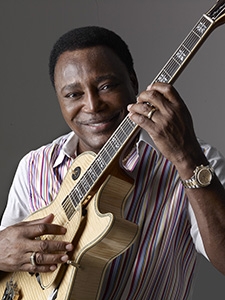 JM: Where was it appropriate to play your guitar and where not to? How did you determine that?

GB: To tell the truth, I wish I had more guitar on the album. But I was concentrating more on getting the vocal thing down and so we didn’t work too much on that.

GB: It was a great challenge to try to put myself in Nat’s boots because nobody can fill them! So even though I had always wanted to do an album like this, I also had some fear and reluctance when the opportunity actually arose. But ultimately the request to record it for posterity was one I was pleased to honor. Being in the middle of the room with the orchestra playing those classic arrangements helped me experience what Nat must have felt like and to imagine what drove him to approach the music the way he did. I was right there with the musicians and it was very personal.