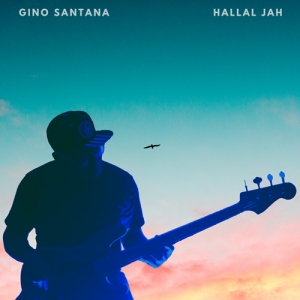 Gino Santana is a Brazilian bass player born in Rio de Janeiro, the musician has collaborations with several artists, among them are recording on EP Studio Session Vol. 1 by singer Santoz who is co-producer of Hallal Jah. Gino Santana is the creator of the CIA project. DOS MÚSICOS, collective that promotes Jazz performances in neighborhoods in the suburbs of Rio de Janeiro such as Honório Gurgel, Marechal Hermes and Realengo (west zone).Hallal Jah is the first single that is part of the EP to be released later this year, the work includes the participation of musicians Guilherme França (guitar), Andy Drumond (sax), Alexandre Santos (keyboard) and Santoz (drumming) .