HAROLD MABERN – To Love And Be Loved

“Perhaps the first great crossover musician, Cole's evolution from dazzling pianist to luxuriant crooner has often caused the wringing of hands in the jazz [...]

[Editor’s note: This is the first of a two-part series on Jazz Appreciation Month. Part One is an overview; Part Two will offer some specific [...] 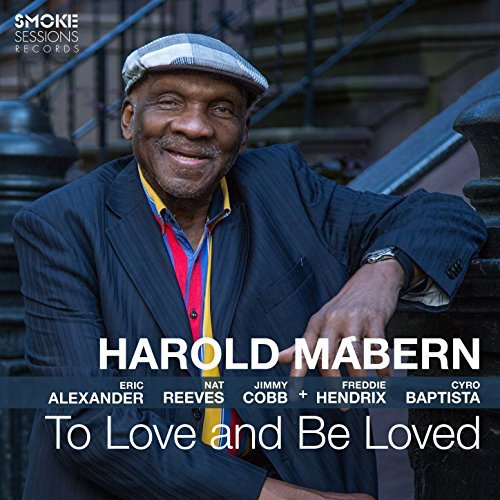 To Love And Be Loved

The great veteran pianist Harold Mabern, who has been an important part of the New York jazz scene since the early 1960s, is now 83. However on his recent CD To Love And Be Loved, he shows no signs of slowing down or losing any of his creativity.

For this set, his third as a leader for Smoke Sessions (www.smokesessionsrecords.com), Mabern leads a group featuring two of his former students: tenor-saxophonist Eric Alexander (in whose quartet the pianist often plays) and trumpeter Freddie Hendrix, who guests on three of the ten selections. Bassist Nat Reeves has played with Mabern on and off since at least 2001 while 88-year old drummer Jimmy Cobb is one of the few jazz artists around who could call the pianist "kid."

This studio set begins on a particularly high level with four songs that could be considered superior obscurities. The Jimmy Van Heusen/Sammy Cahn tune "To Love And Be Loved," which Dinah Washington recorded in 1958, has rarely been heard since; it serves as a pleasing beginning. "If There Is Someone Lovelier Than You" is best-known for John Coltrane's 1958 recording. The new version is taken as a swinger with excellent chordal piano from Mabern that is worthy of Red Garland and a tenor solo by Alexander that recalls early Coltrane.

Lee Morgan's "The Gigolo," which finds Mabern playing a bit like his main influence McCoy Tyner, has some blazing trumpet from Hendrix and a hot tenor spot for Alexander. This rendition is competitive with Morgan's original recording (which Mabern was also on). Tyner's "Inner Glimpse" is taken at a heated tempo and has powerful piano, tenor and trumpet solos along with a spot for Cobb.

"My Funny Valentine" is one of Mabern's favorite songs and he and Alexander both make warm statements. The tenor's "The Iron Man," a blues-with-a-bridge, is one of the most exciting performances of the date with strong statements all around including a drum chorus. On "So What," after the familiar melody statement, it is surprising to hear Alexander soloing first (one is so used to hearing Miles Davis' trumpet) but Hendrix follows with a stirring solo of his own. "I Get A Kick Out Of You" proves to sound fresh when outfitted with a bossa-nova rhythm, Bobby Timmons' "Dat Dere" is an excellent showcase for Mabern's solo piano, and the closer, Gene Ammons' lowdown blues "Hittin' The Jug," has a pair of inspired solos by Alexander.

To Love And Be Loved is one of Harold Mabern's finest recordings in recent times and is highly recommended to anyone who enjoys hard bop and modern straight ahead jazz.