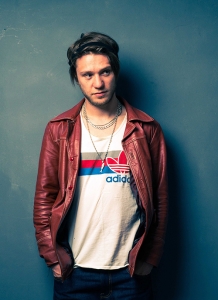 a pseudonym for Bristol-based keyboard and session player Jack Baldus.

Jack has been a well-regarded regular performer on the Bristol and Southwest music scene for several years, but became a frontman for his own live project since 2015. The live band line-up Jackson brings to the stage is ever changing, however one constant joining Jack on his unique intense Jazz-Funk show is veteran 5-time DMC champion - DJ Asian Hawk a/so known as 0. Love (DJ CITY/The Disablists) who is one of the only turntablists to sing and scratch simultaneously.
Adding to the immensity of Jackson's sound is the combination of drums, bass, guitar and horn section, made up of the finest handpicked musicians in the UK.

With a host of influences across the spectrum of genres and acts, including Herbie Hancock, Steely Dan, Thundercat and Radiohead. Jackson's sound can be difficult to pin down; but to quote Gil Scot Heron; "We are miscellaneous. We did not mean to be miscellaneous. Somehow it happened. We will let you decide what kind of music do we play."
Jackson has self-released 2 6-track EP's to date; Time (mixed by legendary Drum n' Bass producer DJ Die) in 2015 and Reality in 2016. His forthcoming 3rd record - Push Through, a 4-track EP released August 2017.

Jack is the sole writer (musically and lyrically) as well as producer for Jackson, and although the term Jazz-Funk has been previously described, his unique sound includes a concoction of styles with Soul, Progressive Rock and Hip-Hop all in the mix.

"The sound is a throwback to the psychedelic funk of the 70's, yet fresh as the proverbial daisy"
- Particle Zoo Recordings