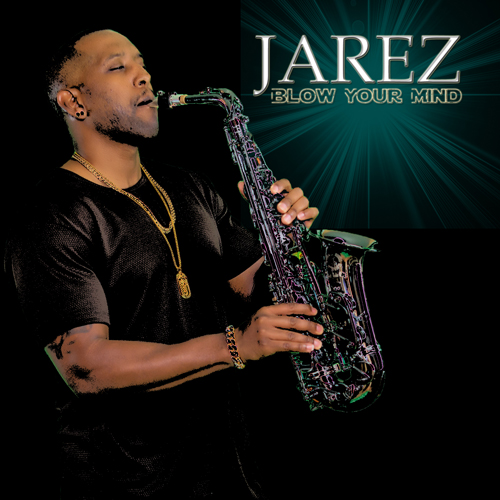 Jarez’s rise from the studio to the stage has been a remarkable journey of talent, timing and authentic showmanship.Originally trained as a jazz artist, Jarez understood the necessity for extending his musical outreach to younger audiences, which led to a unique business and musical partnership with hip hop guru Coolio. While managing Coolio, Jarez simultaneously recorded and played his saxophone live around the world with Coolio. Combining his ear for jazz with upscale interpretations of hip hop, Jarez’s music became a prescription for bringing youth back to instrumental music and a solo career sprang forth.
In addition to his musical career, Jarez used his knowledge to serve as a spokesperson for Environmental Justice and Climate Change’s (EJCC) campaign, which facilitates Historically Black Colleges and Universities (HBCU) in educational initiatives regarding global warming. This opportunity also lent him a chance to develop his fan base even further with selections from his “Saxoholic” CD becoming the musical signature for the “Just Environment” radio show, which broadcasted weekly on from Atlanta’s Clark University’s WCLK 91.9, “The Jazz of the City,” and live online at www.wclk.com.

His ability to extend his musical outreach to fans of all ages included multiple appearances on “Cooking with Coolio.” Jarez also assisted in the production of Coolio’s cookbook of the same name, along with ongoing management of various aspects of Coolio’s business operations. This intense work ethic would be pivotal to the development of Jarez’s solo career.

A whirlwind of single releases began for the saxophonist in 2013. Jarez gained notoriety as a soloist with his 2013 release of “On Top of the World” with radio charting success, which led to the album rated as #16 on the 2014 year-end top 100 albums chart on SmoothJazz.com. Additionally, the “Make it Better” and “Can’t Let Go” singles would be in the top 100 songs chart for 2014 on GrooveJazzMusic.com. The “Hold on Tight” single featuring Vandell Andrew from Jarez’s “Sexy Saxy” Vol. 1 EP would make the World Jazz top 20 singles chart. Releasing seven singles in two years, Jarez also made it to the most added and most increased spins list on Billboard’s smooth jazz chart.

In September 2017 Mr. Sexy Saxy (AKA Jarez) returned with the release of his “Blow Your Mind” CD. The eargasmic collection of songs features an appearance on the “You Said” by Selina Albright, the daughter of the legendary saxophonist Gerald Albright. Complementing seductively driving rhythms and an inviting sax line, Selina expresses an impressive vocal range that purrs in low and mellows on the higher end. The resulting arrangement at the hands of Jarez is an emotionally charged masterpiece that deserves frequent replay. On the softer side, “Lil Jazzy” is a song dedicated to the saxophonist’s first child, Jazmine. “Creating another life did blow my mind. The comparison is the feeling of being scared, happy, excited, nervous, energetic, transformation, and emotional. I wanted to capture all those feelings in one song and share it with fans,” said Jarez. 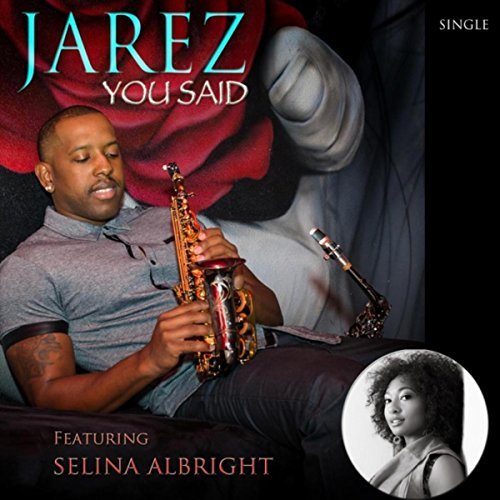 “Blow Your Mind” sums up the career aspirations of this vibrant performer and business mastermind. He has balanced a successful solo career, while also touring with hip hop artist Coolio.

“Working in hip hop has allowed me to build a younger audience base that has a wide variety of musical tastes. When you tour on a regular basis, you develop a sense for what your audience craves. This new record is for them,” said Jarez. His ability to extend his musical outreach to fans of all ages included multiple appearances on “Cooking with Coolio.” Jarez also assisted in the production of Coolio’s cookbook of the same name, along with ongoing management of various aspects of Coolio’s business operations.

Currently, Jarez is touring with Coolio on the I Love The 90’s Tour. “Blow Your Mind” the album, which is available for purchase on outlets to include Amazon, iTunes and CDBaby. Based on the energetic charting of the past couple of years, radio and concert promoters will need to be quick in following this saxophonist. This energy and creative output of this artist is the prescription for the revitalization of contemporary jazz.