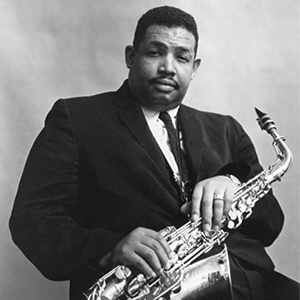 The Jazz Record Art Collective (JRAC), a monthly series providing local musicians and visual artists alike an opportunity to collaborate and pay homage to influential Jazz artists, continues at the Fulton Street Collective. Every week this March a different Cannoball Adderley album will be performed live in its entirety. The evenings will also feature a showcase and live painting from a selected visual artists. This is the sixth time since JRAC's inception in 2013 where a month has been devoted to one musician. Previous artists are John Coltrane, Wes Montgomery, Max Roach, Charles Mingus and Herbie Hancock.
"...Cannonball Adderley was an alto saxophonist renowned for performances with his own band as well as with Miles Davis and John Coltrane. Jazz musician Cannonball Adderley was born Julian Edwin Adderley in Tampa, Florida, on September 15, 1928. He attended the U.S. Navy School of Music before moving to New York City in the 1950s. He eventually played alto sax with John Coltrane and Miles Davis, drawing comparisons to his idol, Charlie Parker. Critics and audiences alike adored Adderley's upbeat, quicksilver-fast sounds, and his plethora of albums included Know What I Mean? (1961) and The Soul Zodiac (1972). He died on August 8, 1975."
~Biography.com