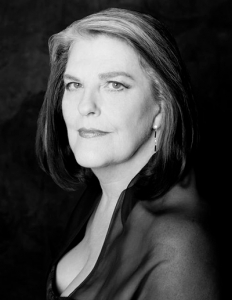 Singer, Stage Director and Vocal Coach Diane McNaron has a career spanning several decades and a number of countries. As an amazingly versatile performer in genres from jazz and cabaret to oratorio and art song, she has appeared throughout the US and Europe. She has staged over forty cabaret productions, musical reviews & operas and has served as an assistant to some legendary & fascinating directors.  Combining her skills for the benefit of students, Diane has taught at universities across the US and abroad. Her students audition successfully and many work as professional singers and stage directors.

As a believer in community engagement and a supporter of conditions that contribute to peace, Diane works tirelessly on behalf of worthwhile organizations and causes. Her first CD, Music in Flight, featuring songs by composers who were "in flight" from war & political oppression, was endorsed by Doctors Without Borders (MSF) winner of the Nobel Peace Prize. Her Argentine CD Rosas de Pulpa, Rosas de Cal was recently nominated Classical CD of the Year.  She has produced many benefits and educational events and tours political cabaret -- humorous, diverting and factually accurate -- across the South.

Diane has a Master of Music degree  with a minor in Theatre from Florida State University, one of the top ten theatre schools in the US.  She lives, teaches, and sings jazz in Birmingham, Alabama.
www.dianemcnaron.com
dm@dianamcnaron.com
Managing Editor2017-12-26T04:53:26+00:00