Lessons are taught in a low-stress format, meeting once a week for a half-hour or full-hour lesson, and follow a program developed by Guitar Cities based on their experiences as instructors and their careers as touring and recording professionals. Lessons are catered to the individual needs and goals of every individual student. Students also have the opportunity to apply their instruction by writing and recording their own songs on professional studio equipment.

The goal is to provide students of all ages with an education about the instrument and music in general through personable and fun instruction, while offering a purpose for this theory through learning songs and writing them. Ear training and lead guitar are also utilized in this program, so eventually a student can begin playing songs that they hear just by ear! Lessons are given one-on-one (unless you would like to take them with a friend, family member, colleague, etc., that can be done also). If you are not interested in this format of lessons, we can cater a program to you! 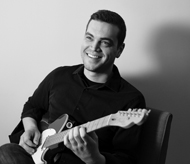 Troy Fannin (Guitar, Bass, and Ukulele) - Senior Instructor/Branch Manager
Troy Fannin, described by the New York Times as "a gifted guitarist and arranger," is an award-winning multi-instrumentalist and composer originally from Milwaukee, WI. Since receiving his BFA in instrumental performance, he has performed in the UK, Taiwan, Africa, Australia, Mexico and here in the United States. When not touring he can be heard at NYC venues such as Birdland, Jazz at Lincoln Center, Rockwood Music Hall and musical theater performances throughout the city. He teaches guitar, bass and ukulele and has been an instructor with the Guitar Cities schools since 2008. Troy Instructs guitar, bass, and ukulele. 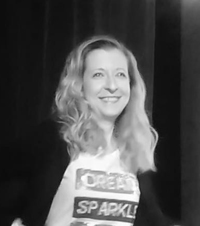 Rosanna Ferro (Piano)
Rosanna earned her Bachelor’s Degree in Composition and Piano from Berklee College of Music. Rosanna studied musical theatre composition at the BMI Musical Theatre Workshop in Manhattan.
Rosanna has enjoyed teaching piano in Manhattan for 10 years. Rosanna’s students have been accepted to Berklee College of Music, LaGuardia High School for the Performing Arts and the Professional Performing Arts School in Manhattan.
Rosanna has composed numerous musical theatre productions including, "The Price of Admission” that has been performed off-Broadway. She is currently working on her next musical.
She is a musical director and has studied master classes in conducting and film scoring. Rosanna is classically trained and enjoys playing many styles of music including pop, rock and jazz. Rosanna teaches all styles of piano.

Francis Rodriguez (Piano and Beginning Guitar)
Francis is a composer, arranger, orchestrator, conductor, producer and recording musician born in San Juan, Puerto Rico. He was awarded his bachelor degree from the Conservatory of Music of Puerto Rico with a major in Music Composition and has a Master degree in composition at New York University (NYU), specifically in Scoring for Film and Multimedia, Music Technology and Contemporary Jazz Composition. Rodriguez' music has been performed in the Lincoln Center of New York, NYC St. Patrick's Cathedral, and has been featured on HBO New York Latino Film Festival, L.A. Short Film Festival, Fort Lauderdale Film Festival, Radio Universidad Puerto Rico 89.7fm, Allegro 91.7, MTV'U, Cannes Festival, among others.
Francis instructs all styles of piano and beginning guitar and offers instruction in English and Spanish.