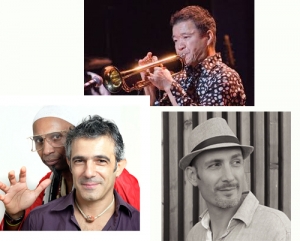 May 17, 2017 -- The International Songwriting Competition (ISC) is pleased to announce its 2016 Jazz Winners. Now in its 16th year, ISC is the worlds largest international songwriting competition, receiving more than 16,000 entries from 137 countries throughout the world. More than $150,000 in cash (US) and merchandise is awarded to 71 winners in 23 categories, covering all genres of contemporary music, including Jazz, Latin, Rock, Pop, R&B/Hip-Hop, and much more.

ISC has been called the songwriting competition to take note of by The New York Times, and winning ISC is considered to be a prestigious songwriting achievement. Over the years many renowned jazz artists have been honored, including: Gregory Porter; Omar Sosa; David Friesen; Bruce Gertz; Allan Harris; Eishin Nose; Harvey S; Jeff Tain Watts; Lionel Loueke; Matt Shulman; and many more.

Candace Avery, Founder and Director of ISC, says, The ISC Jazz category is always one of the most competitive categories because the overall level of songwriting talent is extremely high. We are thrilled to honor so many accomplished jazz artists, and we look forward to hearing many more great jazz songs in the future.

The 2016 Jazz winners include: 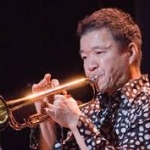 FIRST PLACE
Garnering First Place is trumpeter Shunzo Ohno for his song Go On. Born and raised in Gifu, Japan, Ohno now resides in upstate New York, USA. He was the winner of the ISC Grand Prize in 2013 and is now being recognized once again by ISC for his outstanding songwriting ability. A two-time Grammy winner, Ohno is one of the most versatile and influential trumpeters in modern jazz. Over the years he has performed with Art Blakey, Gil Evans, Larry Coryell, Wayne Shorter, Machito and His Afro-Cuban Orchestra, Herbie Hancock, and more. During his life he has faced much adversity, including a serious car accident and then throat cancer. His recovery through these life-changing events has created inspiration and the development of a unique sound with a musical voice that is heard around the world. The documentary Never Defeated, The Shunzo Ohno Story highlights the song Musashi (the song for which Ohno won the ISC Grand Prize) as well as his lifes challenges and triumphs. 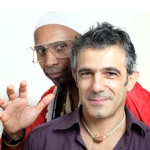 SECOND PLACE
Second Place is awarded to Paolo Fresu (Berchidda, Italy) for Zeus' Desires. The song is showcased by the decade-long partnership between Cuban-born Omar Sosa and Italian trumpeter/flugelhorn player Paolo Fresu. The song Zeus Desires was released on their album Eros in 2016. Together they have forged a collaboration that has been widely praised by critics and jazz fans. Individually they have also both achieved tremendous recognition and accolades. Over the years Fresu recorded and toured with Carla Bley, and he has composed music for theatre, dance, radio, television, and film. Multi-instrumentalist Sosa is a prolific, much-lauded performer known for his genre-bending recordings that fuse jazz, world music, hip-hop, and electronic elements with his Afro-Cuban roots. He is a seven-time Grammy nominee. 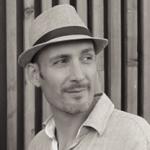 THIRD PLACE
Third Place honors go to Xavier Faro for the song Les Passagers. Hailing from Cahors, France, Faro is a pianist/composer and member of the acclaimed group Meajam. Their debut album "Dans LHerbe" was released in 2014. In addition to Meajam, Faro regularly performs with Alain Angeli, revisiting classic jazz in a free and playful manner. He recently recorded the album "A lest" with quartet Toultoutim which was released in January, 2017. He also collaborates with the group Tiptoe Combo which fuses Latin and Afro music with modern Jazz. The group will release its first album, De lautre côté, in the Fall of 2017.

In addition to these winners, 12 Jazz songs garnered Honorable Mentions:

Many other deserving songs also share in the prestige and kudos of winning their respective categories in ISC. Winners hail from all over the world (59% of this years winners come from outside the USA), representing diverse cultures and ranging from talented amateurs to seasoned songwriting veterans..

For the first time in the history of the competition, the Grand Prize is awarded to Canadian songwriters. It is with great pleasure that ISC bestows its highest honor to Canadian troubador Matt Epp and Morocco-born Manitoba-raised 16-year old phenom Faouzia for their co-written song The Sound Ft. Faouzia, entered in the Folk/Singer-Songwriter category. Most of all, the Grand Prize winners take home $25,000 in cash (USD) and over $45,000 in additional prizes.

For a complete list of ISC 2016 winners, go to:
http://www.songwritingcompetition.com/winners
The complete panel of 2016 judges includes:

Entries are now open for the 2017 competition. For more information and to enter, go to http://www.songwritingcompetition.com