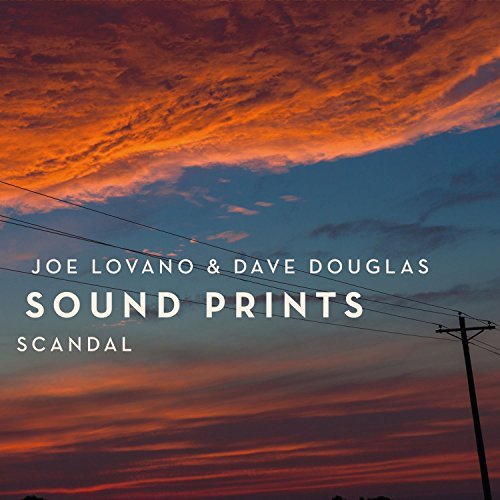 Tenor-saxophonist Joe Lovano and trumpeter Dave Douglas have been major names for decades, always creating stimulating post-bop music that defies classification as anything beyond "modern jazz." They had crossed paths occasionally through the years before finally coming together for a live recording at the 2013 Monterey Jazz Festival. Their quintet with pianist Lawrence Fields, bassist Linda May Han Oh and drummer Joey Baron, called Soundprints, is featured on Live At The Monterey Jazz Festival performing originals by the co-leaders along with two Wayne Shorter songs.

Soundprints' second recording, Scandal, was recorded in the studio four years later with the same personnel. The quintet interprets five Dave Douglas songs, four by Joe Lovano and, once again, two Wayne Shorter pieces. None of the melodies are all that memorable by themselves; even Shorter's "Ju Ju" and "Fee Fi Fo Fum" are disguised a bit. The themes, coupled with original chord changes, set the mood, tempo and groove for each piece, inspiring a variety of colorful solos and stimulating interplay between the horns. Douglas and Lovano consistently bring out the best in each other since both are competitive players and they blend together gracefully, creating the band's own personal identity. The trumpeter is at his most fiery on this set (check him out on "Fee Fi Fo Fum") while Lovano often sounds quite exuberant. The rhythm section is tight and intuitive, reacting quickly to the spontaneous playing of the horns. Fields and Oh take plenty of concise solos that fit the music well.

The mostly-ensemble piece "Dream State," a surprisingly swinging "Fee Fi Fo Fum," the floating and spiritual "Ups and Downs," the gloomy ballad "Scandal," a cooking freebop piece "High Noon," and "The Corner Tavern" (which has a party atmosphere) are among the more memorable selections of this intriguing set which is available from www.greenleamusic.com.