LYDELL WILLIAMS – The Sound of My Melodies 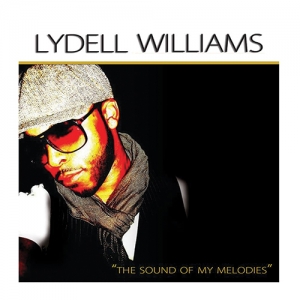 KEEPS THE RAW, HEARTFELT NEO-SOUL FLOWING ON HIS EPIC 17-TRACK SET 'THE SOUND OF  MY MELODIES' – FROM WHICH HE PLANS TO DROP AN UNPRECEDENTED EIGHT SINGLES!

The Multi-Talented Indie Singer, Songwriter and Producer's 2008 Breakthrough EP 'The Sound' Led To Success On The Jazz/R&B Festival Circuit and Opening Slots For Superstars Miguel, Dave Hollister, Eric Roberson, Dwele And Liv Warfield, Among Others

Continuing to fulfill his mission to get back to the roots of R&B and Neo-soul with substance, raw emotions and the no holds barred baring of his deep life experiences, multi-talented singer, songwriter and producer Lydell Williams is set to drop The Sound of My Melodies. It's an epic 17-track collection that lays the last four years of his heart on the line in a whirlwind of sensual melodic vibes, dope harmonies, lush balladry and dance floor grooves.

In an ambitious marketing move that aims to take the Arkansas bred, Richmond, Virginia based independent artist's career to the next level, he will be releasing a total of eight singles from the album over a period of months. These include "Groove Your Body," "Love Drug," "Soul Tie," "Don't Go Looking for Love," "Heartbeat," "Get To Know You," "The Morning After" and "Rain."

The highly anticipated follow-up to his popular, critically acclaimed previous releases, his 2008 debut EP The Sound and the 2013 mixtape album A Peace of My Soul, Vol. 1, The Sound of My Melodies reflects Williams' commitment to create a legacy and sound of his own. In his view, the only way to stir up the hearts and souls of people around the world is to give them the straight story of the past few years of his life. The back cover of the album shows the skylines of Little Rock and Richmond as a way to convey his geographical relocation during the time of writing and recording.

"I can honestly say now that I wasn't ready to emerge with this kind of project till now," Williams adds. "My story in this season hadn't been completed yet. I still had to be broken and betrayed so I could write about those experiences. I still had yet to have my heart really broken so I could express these emotions. A lot of these songs are based on love, life and romance. Real life experiences and relationships with people that I extended myself and gave love to who didn't see the purpose in loving me back the same way.  I sing about  the value of genuine commitment, perfect chemistry and the true meaning of connection in songs like 'Soul Tie.'"

Williams has been on a creative and career roll since The Soundcaught the attention of the industry. He has performed up and down the East Coast at many prominent venues and festivals, from The Howard Theatre and Constitution Hall in Washington DC to the Hippodrome Theatre in Richmond, the Richmond Jazz Festival and Hampton Jazz Festival. Over the years, he has also opened for pop/R&B superstars Miguel, Dave Hollister, Eric Roberson, Dwele, Liv Warfield and Raheem DeVaughn.