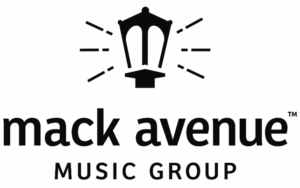 The record label, which was founded independently in 1999 by Gretchen Valade, was conceived purely out of a genuine love for the music. With an infrastructure that grew around the passion, the label began to take shape in the early 2000s and now boasts an esteemed list of GRAMMY® Award wins.

In 2018, a year where Mack Avenue was the amongst the most nominated of all independent record labels across any genre for the 60th Annual GRAMMY® Awards, the label released new projects from its critically acclaimed longstanding artists and made pivotal new signings with icons such as Chucho Valdés and Macy Gray. Furthermore, the label forged relationships with the estates of Oscar Peterson and Erroll Garner to release historic recordings.

Christian McBride also made waves within the organization, launching his own imprint: Brother Mister Productions. The unparalleled bassist debuts his latest group, New Jawn, with an eponymous release on the newly-minted imprint.

“This has been an exciting and pivotal year for us and we are hard at work continuing on that path for 2019,” comments Mack Avenue Music Group President Denny Stilwell.