March arrived this year with not only the promise of spring, but also a diverse assortment of new music from the Hudson County music scene.

Start with Jack Breslin, a young man with his footprint in many parts of the community. He tends bar and frequently performs at Finnegan’s in Hoboken; he’s also an owner of the Nonlinear Knitting Studio, a creative co-work space in Jersey City.

The ingratiating and talented bassist has just released “Trio,” an album of instrumental jazz recorded with drummer Chelsea Hughey and guitarist Brian Princing.

If the name seems familiar and you’re not a jazz aficionado, you might have seen Breslin plucking his bass with a plethora of local groups, including Sylvana Joyce & the Moment, BWQ, the Manimals, the Gerry Rosenthal Trio, and the backing bands for singer-songwriters Sean Tobin and James Calleo. The man gets around.

With his trio, though, Breslin explodes the myth that modern jazz has become so cerebral and technical that it’s only appropriate as the soundtrack to Sunday brunch. Ten freewheeling compositions here allow ample space for each instrument to improvise and solo, while still offering distinct melodies and themes.

“Sketched Out” kicks things off with a nimble jaunt in the style of Ellington or Basie, while a bossa nova inflection brightens “Optimism.” Even with no lyrics, the rhythms and melodies of “Quiet Inspiration” and “Coco and Lemon” suggest romance. “Samba for Saturday” sweeps up the listener for a jaunty swirl on the dancefloor, while a Latin beat propels the lovely “J.A.M.” “Laurie” seems lifted from the soundtrack of a 1950s romantic comedy.

Many of these tracks clock in at 6 minutes or more, leisurely enveloping the listener in sounds and rhythms that spark the imagination and brighten the spirit.

“Trio” is available for streaming and download at jackbreslin.bandcamp.com.

With titles riffing on Central Avenue and other Jersey City Heights' spots, the Funky JC's have produced the album "07307."

New Jersey’s hyper-prolific Mint 400 Records, which has already released a dozen albums, singles or EPs in 2021, has launched a new sub-label called Raining Music specifically for jazz and instrumental music, with The Funky JC’s from Jersey City Heights as its first signing.

The band draws from the legacy of Stax/Volt and Motown, Isaac Hayes film soundtracks, Hammond organ drones and 1970s funk rhythms while also delving into the avant-garde improvisations of bebop and modern jazz.

The syncopates drums on “Central Avenue Strut” and the intoxicating Billy Preston vibe of “Mosquito Park Party” could choreograph your next dance party, while the heady and mysterious “One Road to the Island” suggests a clandestine midnight rendezvous.

Mint 400/Raining Music doesn’t believe in downloads, but The Funky JC’s’ “07307” is available on Spotify and all major streaming platforms. 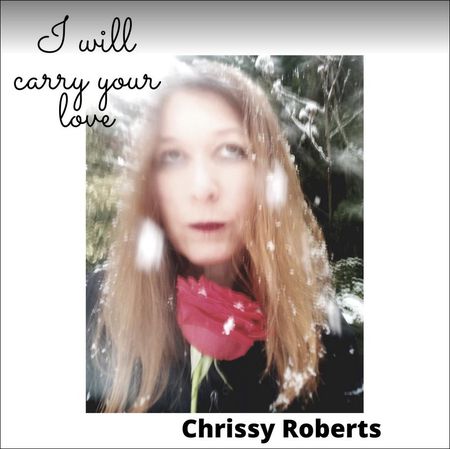 Chrissy Roberts releases the single "I Will Carry Your Love'' this month.

In January, Jersey City chanteuse Chrissy Roberts released a lovely cover of Ben E. King’s “Stand By Me,” recorded with multi-instrumentalist Ralph Capasso. This week, she’ll follow up with a new original single, “I Will Carry Your Love.”

The evocative love song floats on a gossamer melody and unfurls like free verse poetry, unfettered by the constraints of moon/june couplets. Roberts’ warm, enveloping vocal transcends a modest arrangement of strummed guitar and tinkling piano.

“Where do we go from here, when everything swirls around us?” she asks, trying to deal with the memories of a lost love. “We cannot put them away, they’re with us every day.”

The chorus couldn’t be simpler, or more elegant, or more rapturous: “Ooh, I will carry you love,” she sighs, repeating the line for emphasis.

At a little over three minutes, the song seems much too short --which may be the greatest compliment one could pay it.

“I Will Carry Your Love” will be available on iTunes and Spotify on Friday, March 5. 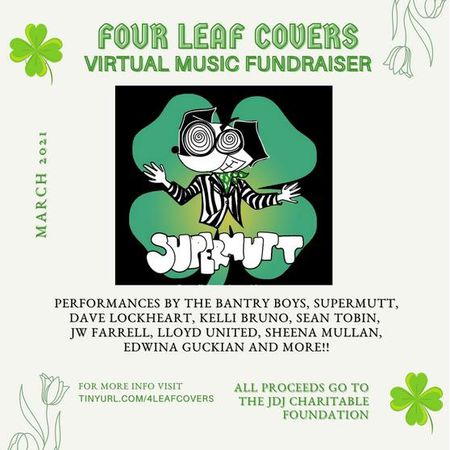 In honor of St. Patrick's Day, Supermutt is putting together "Four Leaf Covers," a virtual-music fundraiser.

Jersey City’s Supermutt organized the “12 Days Of Covers” video fundraising drive last Christmas. Now, the band has launched a St. Patrick’s Day-themed event called “Four Leaf Covers” to benefit the JDJ Charitable Foundation, which partners with other nonprofits — such as hospitals, schools, religious organizations and soup kitchens — to assist in their missions of helping those in need.

For the next few weeks, musicians such as the Bantry Boys, Sean Tobin, Dave Lockheart, and Lloyd Gold will post videos of Irish music on the Supermutt Facebook page, requesting donations.

For more information and to donate, visit tinyurl.com/4leafcovers.