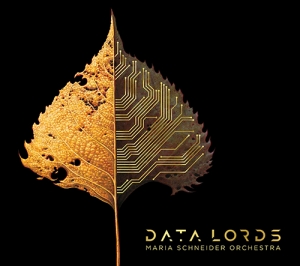 Renowned Minnesota-born, New York-based boundary-defying composer and orchestra leader Maria Schneider has earned two 2021 Grammy nominations for her revelatory double album Data Lords featuring the Maria Schneider Orchestra. Nominations are in the categories of "Best Large Jazz Ensemble Album" as well as "Best Instrumental Composition" for "Sputnik" from the album.
Schneider has now earned a total of 14 Grammy nominations and 5 Grammy Awards. She's one of the rare musicians to win Grammy Awards for work in the classical, jazz and rock genres. In 2004, she made history with her first Grammy for Concert In the Garden, the first album with Internet-only sales to receive a Grammy. The album was released through Artist Share, the first Internet-crowd-funding label/site in existence. Schneider has continued to "fan-fund" her recordings and commissions ever since.
A double-album inspired by conflicting relationships between the digital and natural worlds, Data Lords features Schneider's acclaimed orchestra of 18 world-class musicians.
"No one can deny the great impact that the data-hungry digital world has had on our lives. As big data companies clamor for our attention, I know that I'm not alone in struggling to find space – to keep connected with my inner world, the natural world, and just the simpler things in life," says Schneider.  "Just as I feel myself ping ponging between a digital world and the real world, the same dichotomy is showing up in my music.  In order to truly represent my creative output from the last few years, it felt natural to make a two-album release reflecting these two polar extremes."