MARTIAL SOLAL – My One And Only Love 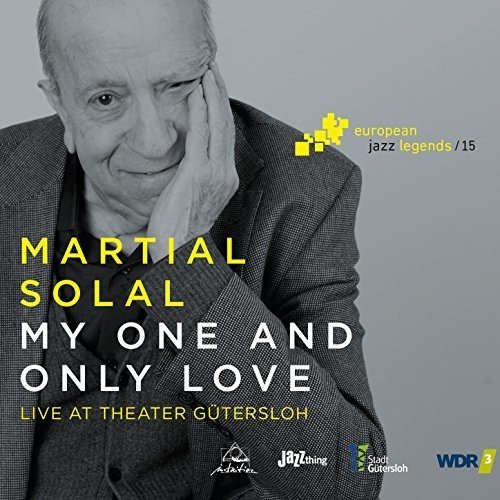 One of Europe's (and jazz's) finest pianists during the past 60 years, Martial Solal turned 90 last Aug. 23. Born in Algiers and a resident of Paris since 1950, Solal gained experience early on playing with both the top bop-oriented players in Europe and with Django Reinhardt. He began to lead his own record sessions in 1953, recorded a notable collaboration with Sidney Bechet, and developed his own style out of bebop. Solal's playing has gradually become more abstract and freer since that time yet, even at his most avant-garde and unpredictable, he remains connected to the jazz tradition.

My One And Only Love, which was recorded at a concert on Nov. 17, 2017, features Solal performing a set of unaccompanied solos. It shows that, like the late Cecil Taylor and Ran Blake, Solal has not mellowed with age nor lost any of his power or sense of adventure.

Starting with "Have You Met Miss Jones" which introduces Solal's often-dissonant chord voicings, and including an abstract but recognizable medley of five Duke Ellington-associated tunes (fully exploring "Sophisticated Lady" and "Caravan"), Solal performs a well-rounded set. He plays two versions of "Frere Jacques" (as "Sir Jack"), stretches out on a pair of his thoughtful originals, and creates fresh and often-surprising versions of a variety of standards. While the melody is hinted at throughout many of these pieces (including "My One And Only Love," "Body And Soul" and "All The Things You Are"), Solal's musical flights keep one guessing as to where he might be going next.

One can hear brief references to stride piano and Bud Powell's style but Martial Solal's music is very much his own. Even on a very familiar song such as "Tea For Two" and "A Night In Tunisia," the pianist comes up with consistently surprising ideas. The results, which are rounded out by an interesting eight-minute question and answer exchange with the audience, have been released by the Intuition label (and available from www.challengerecords.com). This CD rewards repeated listenings.