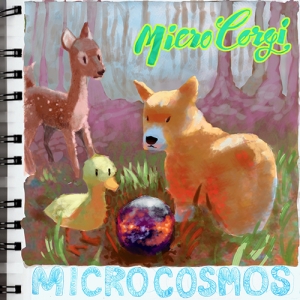 The New York based trio MicroCorgi released their debut album  MicroCosmos on November 20th. These three musicians who combine their powers to create MicroCorgi are pianist Andrew McGowan, guitarist Yuto Kanazawa, and drummer Ilya Dynov. They hail from far corners of the globe and have diverse influences such as European Jazz, Japanese rock, Afro-beat, and New Orleans brass band music. Each have received great recognition of their talents, but when they met and started making sounds together in 2018 they found themselves learning from each other and creating something new.