Newport Jazz Festival Announces First Wave of Artists; All Tickets On Sale Today at 10:00 am (EST) 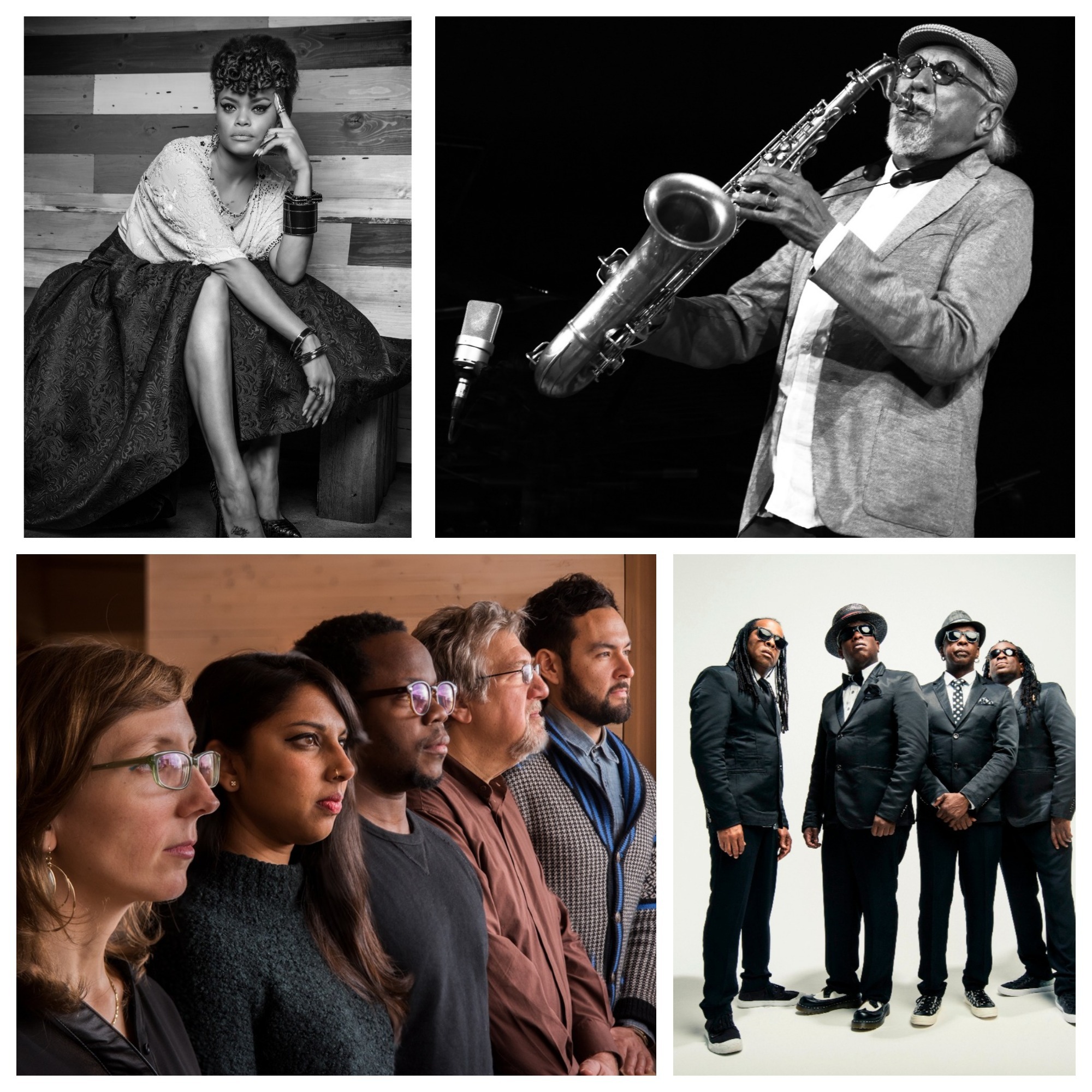 Tickets On Sale Today at www.newportjazz.org

“Last week we dished up the first taste of artists playing the 2018 Newport Jazz Festival when we announced Charles Lloyd’s 80th Birthday Celebration through The Wein Machine and social media,” said George Wein, Chairman of Newport Festivals Foundation and Festival creator. “It’s a pleasure to work with Christian McBride in his second year as the Festival’s Artistic Director and with Executive Producer Jay Sweet to continue the legacy of Newport Jazz. Over the coming weeks, we will introduce concerts by a diverse group of new faces along with some familiar faces, which will give music fans a general idea of the direction Jazz is going.

“We’re excited to present Charles as our artist-in-residence, our first in many years. He will perform each day with a different band – Sangam, his New Quartet and a group of friends, including the singer Lucinda Williams. I’m looking forward to celebrating with my old friend and hearing what he will bring to the party.”

Christian McBride, also a world-renowned bassist and bandleader, added, “Charles Lloyd is one of the towering legends of Jazz. I think long-time Jazz fans will be thrilled and some of the new folk will become instant fans and wonder what took them so long to get on the Charles Lloyd train.”

Wein and McBride are also eager to hear the singer Andra Day, who had to cancel her Newport debut last year due to illness. “My buddy, Andra, is one of my favorite people in the world,” said McBride. I’m glad she made a full recovery and I’m looking forward to her wowing the audience in August.”

Wein added, “We are fortunate to have Andra this year; she has grown in stature and popularity in the industry and we expect a wonderful concert.”

Last year, legendary guitarist Vernon Reid performed solo on the Storyville stage and as a guest with DJ Logic. This summer, he returns with his band Living Colour, “one of the most dominant and major voices of an era,” said McBride. “I am so thrilled they are back together and bringing their music to the Newport Jazz Festival.”

“One of the hits of the Festival,” says Wein, will be the all female group Artemis.

“I first heard Artemis performing in Europe last year,” said Christian. “I immediately got on the phone with George and said we’ve got to have them in Newport. They have fire power, sensitivity, musicality and charm, all of which will light up the festival stage.”

Rudresh Mahanthappa returns to Newport with his group Indo-Pak Coalition. “He is one of the musicians whom we have had the opportunity to build and watch grow, and he is now one of the major figures in jazz,” said Wein.

McBride and Mahanthappa live down the street from each other, but the Festival Artistic Director was already a fan long before that. “Rudresh’s ‘Bird Calls’ is one of my favorite recordings. We played together for the first time two years ago, and he always brings something special to the table. It’s a no-brainer to have him back at Newport to continue his exciting history with the Festival.”

Mary Halvorson returns to Newport, this year with her group Code Girl. “She has “always been the avant-garde of new and creative ideas,” said Wein, and McBride, who has not yet seen her in a live performance, is looking forward to “hearing in person the wonderful waves she has been making in the Jazz world over the years.”

A Newport staple, Michel Camilo, “always brings so much happiness to everyone who hears him,” says McBride. It’s no surprise that the piano player in George Wein is looking forward to hearing music from Camilo’s recent solo album, which was recorded in London.

“There is no artist more exciting than James Carter when he takes over the stage,” declares George. Christian agrees and adds, “James is a singular talent and not many saxophonists on the planet can do what he does. He’s a freak of nature.”

Wein says there is “a wealth of new young Jazz vocalists” on the scene today and Jazzmeia Horn is one of them. “I was introduced to her at a private listening party that her manager hosted on the Upper Westside in New York City and began thinking about her for a spot on the Festival.”

“McBride adds, “This young lady has been tearing it up for the past couple of years. The first time I heard her, she knocked me out. She has so much creative energy and so much creative spirit. I’m excited to see where she’s going, because she has all of the tools to carve a place for herself in the history of this music.”

While Mary Halvorson is a member of the new avant-garde, Matthew Shipp represents the “old avant-garde,” said Wein, and McBride calls Shipp “an interesting thinker” whose music “always moves” him.

The First Wave of artists for the 2018 Newport Jazz Festival Presented by Natixis Investment Managers are:

Natixis Investment Managers is the Presenting Sponsor of the 2018 Newport Jazz Festival and sponsors programs that help enrich the lives of individuals and preserve the cultural experience for future generations through music.

All Newport Jazz Festival single-day and multi-day tickets for concerts at Fort Adams go on sale today at 10:00 am (EST) at www.newportjazz.org.  Service charges apply to all tickets purchased on-line or by phone.  Ticket prices range from $65.00 - 89.00 for General Admission, $15.00 for children and $20.00 for a limited number of student tickets, to $125.00 for reserved seating and $375.00 for THE Jazz Club, a premium experience offered on Friday, Saturday and Sunday at Fort Adams.

General Admission tickets for all Fort Adams events also can be purchased in person at the Newport Visitors Information Center at 23 Americas Cup Avenue. Log on to www.discovernewport.org for office hours and information. Local discounts offered. No service charges apply.

Artists and ticket on-sale date for the Friday, August 3, 8:00 pm concert at the International Tennis Hall of Fame at the Newport Casino will be announced in February.

For information regarding pre-sales and special offers, subscribe to the newsletter on the Festival web site or follow the Festival on social media.

Stay tuned for additional waves of artist announcements in the coming weeks.