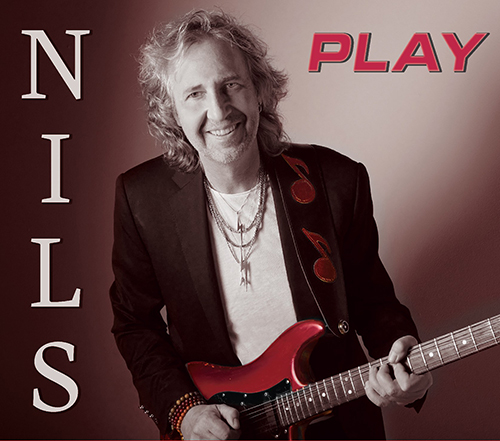 Walk into the studio of most famous guitarists and you’ll feel like you’re at Guitar Center, spotting a massive collection of axes, each of which offers the right sound for their latest projects. Nils has gleefully defied that collector stereotype, scoring hit after contemporary urban jazz radio hit since his breakthrough 2005 single “Pacific Coast Highway” by modulating the sound of a single, trusty musical companion – the Custom Valley Arts guitar he bought shortly after moving to Los Angeles from his native Munich in the mid-80’s. On his latest BAJA/TSR album Play, he celebrates yet another opportunity to do what he does best on that instrument, with longtime musical friends who happen to be among the genre’s most renowned artists.

“This album is all about the love I have for playing my instrument and the love I felt from all the wonderful friends who stepped up when I reached out to them and helped me take this new music to the next level,” Nils says. “The wonderful result is that we put together a bigger band with a lot more horns than ever before, and a collection that stylistically allowed me to stretch out into different areas. In the spirit of capturing the meaning behind the album title, I wanted to show a richer spectrum of what I can do musically and have a lot of fun playing.” 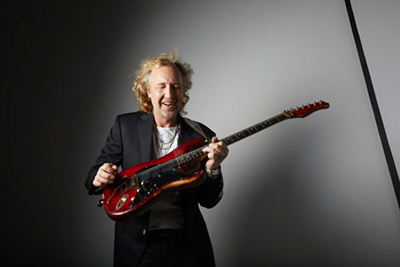 Nils continues to cultivate an incredible creative chemistry with his pal and neighbor Johnny Britt, who, the guitarist says, “sings and plays keyboards and horns, three things I don’t do!” Britt infuses Play with his multitude of talents, from playing keys on the sparkling funk opener “Coast To Coast” and Rhodes, trumpet swells and a trumpet solo on the sensual, old school soul ballad “Sway” to adding a dynamic vocal scat to the jamming, high octane first single “Straight Down the Line” and vocals (with Jackson) on a passionate tribute to George Michael’s “Careless Whisper.” Britt also brings his sizzling horn textures (via the J-Jam Horns) to a total of six tracks, including “Coast To Coast,” the infectious and danceable, gospel influenced anthem “We Got Love,” the fiery, top down party funk explosion “California” and the powerhouse old school, James Brown influenced “So Get On Up.”

Nils is the first to admit that he sometimes overstocks albums like his most recent project Alley Cat (2015) with so many in the pocket, potential airplay hits that some are inevitably overlooked; “Two of a Kind” and the title track were both Billboard Top 20 airplay hits from that recording. For Play, he took a more streamlined compositional approach, balancing upbeat “trademark” radio ready gems with fresh stylistic excursions that find Nils exploring a deeper personal artistry and the more colorful sonic possibilities of his axe.
To that end, “Goldfinger” is not the James Bond theme, but a stripped down, laid back ballad featuring the interaction of uniquely modulated rhythm and lead guitar lines. He named the track after the Bogner Goldfinger amp he uses for the lead (he used a Fender amp for the rhythm part). Another colorful departure is the trippy, mystical closer “Fire of My Heart,” which includes a symphonic, new agey intro, a reverb melody section, offbeat machine generated vocals and a build towards an exuberant gospel choir crescendo.

On Play, I really feel that I am able to communicate the pure joy of me playing guitar. As always, I only stopped the recording process when the sound was up where it needed to be, with all solid and engaging material brought to life by these great musicians who blessed me with their time and talents.”