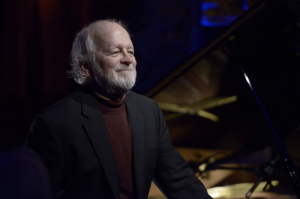 One only needs to meet composer, arranger, artist extraordinaire Paul English to feel the instant friendli- ness that exudes from this mild mannered giant within the world of music. A perfect example of someone working behind the scenes scoring or arranging opera for instance and then on the same day teaching music appreciation to a class of rather neophyte music lovers. Mr. English is well known for his intent quest for “the” sound within jazz compositions and he is a superior force to be reckoned with when it comes to not only composing but laying it down both in the studio and on stage. There is an internal struggle that resides within the man that benefits the listener. His personal quest toward finding perfection within each creation he scores. A prime example could easily be as such - should the embellishment end sustained or with a stinger or perhaps the stanza should include a crescendo just before the denouement within an opera he is creating or perhaps if it is a smooth jazz piece should it end with a decrescendo as if it is distant thunder? Getting lost in composition is nothing new when it comes to extraordinary creators yet on the other side of the coin it is refreshing to learn that this intent behavior that is housed within the man’s soul is limited to creation, arranging, and performance. 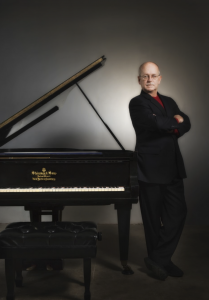 Paul English is a gentleman to the nth degree, a very interesting persona to say the least and yet his insistence to deliver sincere, heart felt moving pieces dominates his creative processes. In the mid sixties Paul was deeply influenced by, and remains so, by Bill Evans along with such incredibly talented interpretive artists as Dave Brubeck, John Coltrane, Chic Corea, and Miles Davis. These major jazz influences added to the formation of Paul’s inspiration, inspiration that was residing within which over time has culminated into appreciative high regard from listeners of his music. His first album release occurred in 1981 with “First Taste”and six albums later Paul presented his fans with “Girl in Green”.Today, all of the releases are available digitally online and physically through Amazon. Paul’s live stage performances, either as the key performer or as a valued band member, have been held in such cities as Miami, Detroit, Columbus, and Myrtle Beach. Mr. English is a registered Steinway concert artist and as such performs his acoustic sets with Steinway’s top of the line creations. Additionally, Paul is a member in good standing with The Recording Academy, The Grammys, as well as ASCAP. Paul’s current project is in conjunction with the outstanding songwriter David Harris and features the marvelous tone and range of vocalist Evilena Protektore of Latvia.

To learn even more: www.paulenglishmusic.com